The PC-8801 computer series was made by the Japanese company NEC in 1981. It is the successor computer over the PC-8001 computer series. The machine was marketed first as a business machine for office software. It was mainly sold in Japan only. A few of them was sold in the USA but they are very rare to find today.

It is a computer running with BASIC like most other computers of that time. It use a Zilog Z80 CPU clone at 4Mhz with 64Kb of memory RAM and 48Kb of memory VRAM.
It was able to do a max resolution of 640 × 400 with 2 colors simultaneously and 640 × 200 with 8 colors simultaneously. It can also be use only with a digital monitor either monochrome or color.
For the music and sound, well.... not much. There is only a "PC speaker" available.
You Connect a cassette tape drive to load and save your programs.
With an Expansion card, you can get a external 8" floppy drive$$$.

The first model was a success so NEC decide to release new models over 8 years.

They release the PC-8801mkII(mark II) 2 years after the initial release of the first model. It is basically the exact machine from the first version but now you can have up to 2 internal 5"1/4 floppy drive.

in 1985, they decided to release the first major upgrade to the PC-8801 series.
They called it, PC-8801mkII SR (Second Revision).
The majority of the computer was still using the same CPU and amount of memory but they did upgrade and add other things.
Now there is a Sound chip installed on board so we can finally hear music. It is using a Yamaha YM2203 that offer FM synthesis.
Also they did upgrade the video chip that they called V2 (version 2).
It use the same amount of simultaneous colors for both resolutions but now they both have a choice of palette of 512 colors. It is also the first model that can be use with a Analog display monitor. The Digital display is still available.

Most of the software that came through the life of the pc-8801 required the V2 video chip mode.

In the same year of the SR version, 3 other models came out.

The PC-8801mkII TR was exactly the same but with a Modem built in.

The PC-8801mkII FR is also the same from the SR but it was sold as a lower cost model.

The PC-8801mkII MR had 2 upgrade over the others. It is using a high density floppy drive and have 192Kb of memory (a 128Kb upgrade). This memory upgrade and the floppy drive upgrade is not use on all future models.

The PC-8801 FH is the same from the FR model except for the CPU upgrade.

The PC-8801 MH is the same from the MR model with the memory and floppy drive upgrade but use the CPU upgrade as well.

1987 came with 3 other models and 2 other majors upgrade. For almost all models from this point except for a few others, They put a new Sound chip. It is the Yamaha YM2608.
More FM channels, Can do Stereo and have a ADPCM. The other upgrade is reserved to a specific model that i will talk shortly.

The PC-8801 FA is the same from the FH but with the sound chip upgrade.

The PC-8801 MA is the same from the MH but also with the sound chip upgrade.

Very few software were developed for this model and is also known to have compatibility issue with the 8 bit version of the PC88 computer series.

1988 Came with 4 new models with no majors upgrade at all.

The PC-8801 VA3 is the same from the VA2 but use Triple Density floppy drive which is a format that never catch in.

The PC-8801 FE is the same from the FH but add Composite out for video display.

The PC-8801 MA2 is the same from the MA but the body of the computer was redesigned.

Finally 1989 came the 2 last models of the PC-8801 computer series with one of them using a major upgrade.

The PC-8801 FE2 is the same from the FE but the body of the computer was redesigned.

The PC-8801 MC is the first and only model to use a tower case instead of the traditional desktop case of all the other ones. It is using the same hardware specs of the MA model but now you can add a CD-ROM drive on it. Very few software were made on CD for the PC-8801 but they still exist some.

On the software side now, I will not talk a lot about them but just want to say there is a LOT of games for that machine. Lot of developer known today began creating games with this computer like Enix, Falcom and Konami by example.

NEC follow up with the PC-9801 computer series also that was even more successful from the PC-8801. NEC became in the late 80s and early 90s the dominant computer manufacturer in japan until the late 90s that IBM PC finally kicked them out. 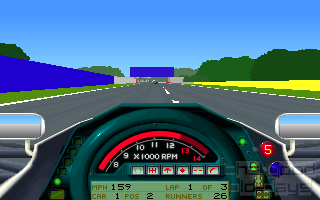