While the few remaining people who are still active throughout this 'scene' are still whining how everything has 'slowed down', most seem to be afraid of the inevitable conclusion: 'Abandonware' was just another of the Internet's many 'fads'. A longer lived one compared to most, but still to be only a footnote in history shortly.

Where I get this bold thesis from? A simple observation of the facts. Less and less people are running sites and visiting forums every day. And if you look carefully, you'll notice that most of these people aren't actually talking about classic software. It seems they're only staying for the sake of 'community' - they've made friends 'back in the days' when Abandonware was still interesting, and now they still enjoy talking to these people. Nothing more, nothing less.

New sites rarely appear. If they do, they're usually either completely detached from 'the scene' and therefore never make it into the rings and searches, or they're run by already 'established' people. In the latter case, they're usually abandoned after a very short time again, because their webmasters don't get anything from running them anymore. If a new site run by a 'newcomer' who does 'get in' pops up, it's only run just long enough for the webmaster establishing an image. After that - why continue running the site?

'Established' sites are dying like flies. Most of them have been abandoned for months or even years anyway. However, there are still a few actually sites which are alive and maintained. Let's have a look at these.

Most of them are in fact only partly active. They do have frequent updates, but half of these updates aren't content-related. Instead, style is replacing this lack of contents. The buzz-word is 'version': these sites are constantly redesigned and 'relaunched'; often accompanied by the loss of contents (which is then later readded again for the effect of publicity). This seems to be the only way the respective webmasters manage to stay motivated.

The rest of the active sites are an entirely different group. They managed to 'grow beyond' Abandonware during the last few years. They're still loosely affiliated with it, but their webmasters and visitors in fact formed their own community.

Last, but not least, there are the 'community sites'. This encompasses every site not directly related to software itself, but instead providing services for people and other sites. The importance of these has pretty much withered away over the last few years. Most people have forgotten why they were even established. Take the rings. They were set up to redistribute hits from one Abandonware site to the next. Now, most visitors already seem to have their favourite set of sites, and they rarely move outside this choice. Rings have become status objects of their owners instead of service providers. The same can be applied to any of these 'community services'. News? What for, the few people who read them already know about these occurences anyway. Site reviews? Only the webmasters of the reviewed sites care - and even those only following the misconception that it'll give them more publicity.

The people? Everyone has already found 'their' little corner. There are no central places anymore, no single site or forum everybody can agree on. The only (few) times everybody still gets together are 'projects' which have been temporarily and artificially designed to 'get people together again'. Never anything lasting, never anything worthwile.


So much for the rambling how much everything sucks right now. Why has it come to this? Because Abandonware hasn't evolved.

There have always been endless discussions about starting initiatives to make Abandonware legal (or at least to try it). However, with even the different fractions of the 'scene' not agreeing on anything (especially whether such a thing should even be tried, or if it's better to stay 'underground' and enjoy it while it lasts), they were all doomed to failure.

In the first few years of Abandonware, the games sites were dealing with were (in spite of most of them being 'abandoned', of course) in fact quite new. At least compared to what you'll find on Abandonware sites today. That's not because webmasters have moved to older, more obscure titles. On the contrary! It's just that time has moved on, but the time focus of Abandonware hasn't. Technical problems aside, the mass appeal of these games is gone. A perfect indicator of this is the 'warez lists': when these were first established in late 1999, they contained many games which were actually 'commonly mistaken as Abandonware'. Nowadays, they consist of a bunch of semi-old games most of which nobody would consider Abandonware even in feverish dreams! Granted, that problem is partly rooted in technical limitations. To keep the same relative age of offered games, Abandonware webmasters would have had to jump the hurdle of the CD-ROM generation of games. Very hard to do. But who did even try?


What will happen in the future? What will take Abandonware's place? Or will it just disappear completely?

Yes, it pretty much will. What we're seeing at the moment will continue to develop. Most of the 'community sites' will disappear completely. That's probably even a good thing, because it'll kill the pretense. In their place, big 'community forums' will arise. These forums will be used for talk about and sharing of classic software. However, they will not be attached to any websites anymore. People will not come, because they were attracted by a site, but the forums will 'feed' themselves: new visitors will see many people talking, so they'll join in and thus attract more new people again.

Websites will be split in two categories. The spreading of games will be done via huge 'download archives'. These will resemble what the so-called 'emulation scene' has been dealing with for years: long lists of uncommented download links for those who are familiar with the names anyway. Possibly even adopting the silliness of 'file renaming schemes' for identification.

In addition, there will be a few sites keeping the 'classic spirit' alive. Game review sites, software databases with only information, probably PDF 'magazines'. None of these will contain any (or only very few) game downloads, though. The 'Abandonware' name will most likely disappear from them.

Whether you like it or not: Abandonware has had its chance, but it failed like all its predecessors. Looking at how many misconceptions of 'Abandonware' are currently floating around and how far these views on it have been detached from its original meaning, I can't say I'm very sorry... 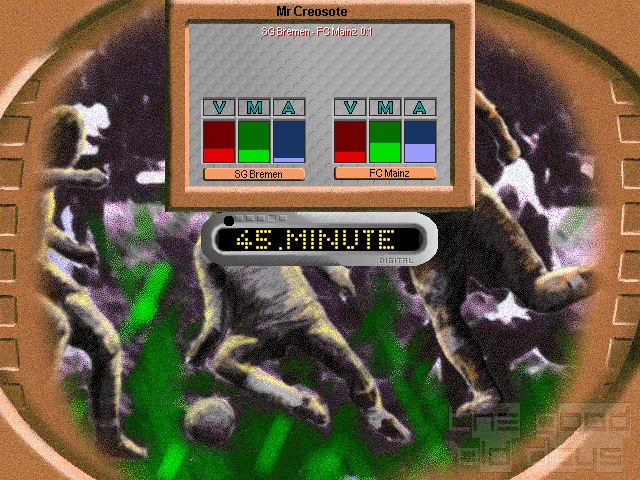