Alleyway belongs to an extensive group of Breakout variations. Thus its origins date back even further to Pong and the earliest years of video gaming. As predicted in the light of these circumstances the gameplay is simple:

The game is played on a two-dimensional field which contains a number of different objects. They can be divided in two base categories: destructible and indestructible. The destructible ones can be discerned further in two ways. The first is motion: Some of them are movable, others are immobile. The second one is intent: Some have to to be destroyed, others must be protected.

The playing field is bordered by a wall on the sides and on the top. Research indicates that this structure belongs to the indestructible objects. In its confines are a large number of rectangular objects, to which experts refer as bricks. Members of this type come in all varieties except for those which are destructible and must be kept from destruction. A majority of them belong to the destructible, immovable objects which have to be destroyed.

To do so they have to be hit with a circular shaped object, the so called ball. It is a moving, destructible object, which has to be preserved. Most of the time it collides elastically with other objects and is simply reflected by them. Cases of inelastic collisions have been observed too: Sometimes the ball changes its velocity vector in a way which suggests an increase or loss of kinetic energy, that is it speeds up or slows down. Other times an objects inner energy increases until its deformation is irreversible, which in Alleyway always ends in its destruction. One prime example of the latter is when the ball hits the lower end of the screen, upon which it explodes.

In order to prevent this, the player gains control of a large rectangular shape. This one is referred to as the paddle. It is located at the bottom of the screen. Said object is limited to horizontal movement and unable to leave the field.

The main objective of the game is to destroy all of the destructible bricks while avoiding a certain amount of explosions of the ball.

Comparisons with similar games show two flaws in this particular implementation of the rule-set:

Firstly the ball seems to be reflected at noticeably discrete angles. Scientists approximate it to be a a multiple of 10-15°. Whether this is an attempt at simulating quantum mechanics or a result of limited processing power is still up to debate. Anyway it can lead to strongly negative emotional responses. For instance players feel a loss of control or get bored when the ball gets stuck in seemingly endless loops.

Secondly there is too much repetition. Overall there are 32 levels in Alleyway. They can be broken down to 8 sub-levels which consist of four rounds each. The first three of those rounds share the same brick design and only show varying degrees of brick mobility. In the first round they stand still, in the second they move horizontally at high speed and finally in the third they slowly move downwards. The fourth or bonus round has an individual design and removes the ball-brick collisions, making the bricks simply disappear instead.

There are two things at which Alleyway exceeds the expectations:

The movements are very smooth. This makes them adequately predictable. Combined with the responsive controls a concentrated player can finish a level at ease. In rare cases of stress there is an option to speed up or slow down the paddle movement. This convenient addition should be utilised more often in the genre.

Since the Game Boy is a handheld console the players can save a lot of carrying weight compared to conventional dedicated gaming devices. While research suggests that the mobile phone market has diminished the importance of this criterion, the retro coolness factor of playing on an actual 8-bit system still seems to be increasing. This trend might change in the future though.

At the beginning of the game a character called Mario enters the paddle. He dies when the ball explodes one time too many.


Quote:
Interstellar ping-pong with a deadly energy ball!
Your spaceship is at the gate of the Alleyway.
Use your vessel to repel the energy ball. Atomize space grids with your return shots.
Destroy the entire field and move on to even more challenging targets!
You’re in command in the Alleyway!
This could offer an explanation for some of the oddities found within the game’s environment. However, there is a high probability that this text is the product of overly imaginative marketing and has nothing to do with the actual game. Repeated use of unnecessary exclamation marks and catchwords like ‘atomize’ show a strong indication of this.

Screen measurements determined a resolution of 160 ± 1 pixels times 140 ± 2 pixels and the use of 4 shades of green. A close observation of the objects found within the game shows that the game does not make full use of this. With the exception of the ball and alphanumeric signs none of the items would have needed this high degree of resolution. There are some attempts at shading certain items but they might as well have been omitted.

While art is not scientifically measurable there are two important observations concerning the quality of the designs:
1.) There is a strong dominance of large, uniformly coloured surfaces.
2.) All of the used objects can be seen in the first level. Later levels only vary their placement.
Overall this results in a homogeneous appearance.

This correlates with the most prominent words players use to describe the graphics. Which are as follows: ‘boring’, ‘mediocre’ and ‘unimaginative’.

Considering the limitations of the used system the game soundtrack features an almost perfect rendition of John Cage’s 4′33″. There are some short interludes in the bonus stages and whenever all destructible objects of a kind have been destroyed. The one for clearing all of the bricks has been described as ‘happier’, while the one for destroying all of the balls is often said to be ‘sombre’.

The music is only interrupted by sound effects. Depending on the skill of the player up to ninety-nine percent of these sounds are beeps of varying pitch. Observations have led to the conclusion that they are connected to the collisions. The tone sounds the deeper, the lighter the colour of the object is with which the ball collides.

Officially the game does not support multiple players at once. There have been reports of hacking the game into a hotseat cooperative mode though.

Even back in the days Alleyway was a somewhat mediocre game which lacked creativity. The gameplay relied on the tried and trusted Breakout formula (which even then was not all that new anymore) and the graphics and sound offered the bare basics. Admittedly the latter might stem from the fact that the Game Boy was new and the developers were not yet accustomed to it. Oddest of all was the Mario theme, because it is only cosmetic and adds next to nothing to the actual game. Still, it had a big advantage over all the other copycats: It was portable, which must have been a first for this kind of game.

From a more timeless perspective it is simply a boring game, which has very little to offer compared to its direct competition of similar games. The fluid animations, right amount of levels and slight variations to the rules cannot make up for the lack of extra features, bad ball physics and the limited form of presentation. Things get even worse if Alleyway is not played on its native system, since it loses a lot of its original charm. But even if you should be able to play it on the good old Game Boy there are lots of other titles which are a more interesting alternative.

This game was one of my earliest Game Boy game back in 1990 when I was a kid. I got it together with my original console together with Tetris and Super Mario Land. As far as I recall, it was the first game to use Mario as a side character... outside the original Mario games of course.

It's actually a breakout clone, but I did not know this back then. The goal of the game is to eliminate every blocks of a level using the ball via the paddle. The ball's direction and speed can be controlled by the paddle's velocity and point of contact. Changing direction the moment the ball comes into contact with the paddle, called a snap technique, will bounce the ball upward with increased speed. Moving the paddle quickly in the opposite direction than the ball is headed will result in the ball bouncing in the same horizontal direction as the paddle at a 15° angle. If the player contacts the ball with the body of the paddle before it falls into the pit below, it will bounce back into the playing field. However, if instead either corner of the paddle collides with the ball at that moment, it will be knocked directly into the pit.

Many levels start out easy, but get harder and harder in each of the following stages. It's fun and since Nintendo's Mario is controlling the paddle ship, this game is awesome, even today in 2018. I spent countless hours playing this game throughout the years. To me, Alleyway is a true Nintendo classic.

For retro collectors, this game is a real bargain. It's only a few dollars on eBay and frequently available, so if you are into these black and white Game Boy games, I strongly recommend to pick up this game cartridge! Game on! 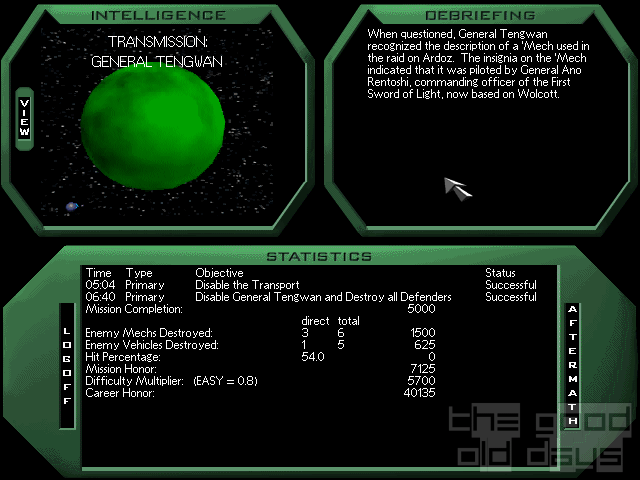