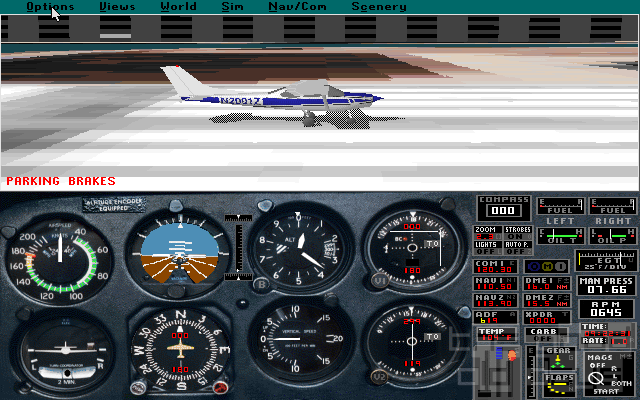 Microsoft Flight Simulator was the pinnacle of flying in 1993. The game supported SVGA graphics and was complemented by a slew of add on scenery disks.

The first time, I played this game, (in 1993) I was blown away by the graphics and the level of real flight. SO much so I rushed out and bought a Sidewinder Joystick to complement this game.

Flight 5.0 was the first in the series to use real textures to render images. Before, it was just shaded simulators. Because of the new engine, designers had a difficult time producing add on software, however after about a year, we began seeing several packs to include area of Europe.

Personally I find these types of games relaxing. It is a great joy to set everything up and then just sit back and watch the scenery go by. There are a lot of points of interest in this game you can fly to.

There is a 5.1 version that will work with all the scenery packs for 5.0 and was the last true DOS version. However, most were CD format to where the 5.0 version was still predominant on 3.5 HDD Floppies.

With today's technology most who never played the original FS5 will probably find it a bit of an eye sore. But those who remember playing this when they were younger will appreciate all the detail that went into this game. From the sounds to the distinct buildings, this was one of the best for its day.

This game runs well on most 486 pc's. It does require a video card with at least 512 K ram. More is recommended. This game uses a lot of textures, however, almost all details can be adjusted to make the game run smoothly on a variety of machines.

Overall this is a great game, a peaceful trek though the air that doesn't require a lot of fuss of shooting down enemy planes etc. I recommend this to anyone that would like to pass a few hours at the seat of 1993 cutting edge technology. 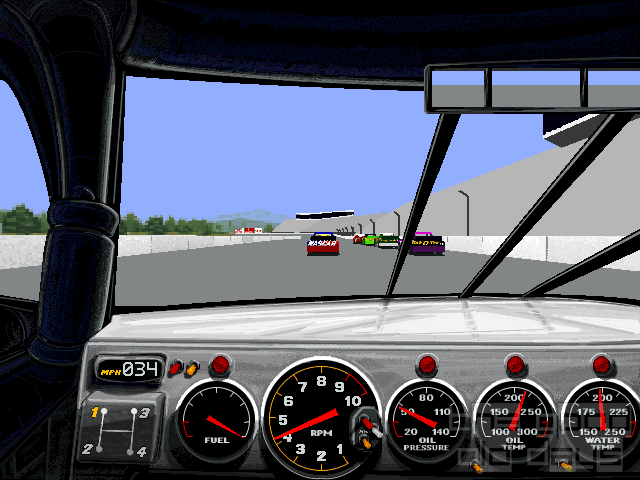