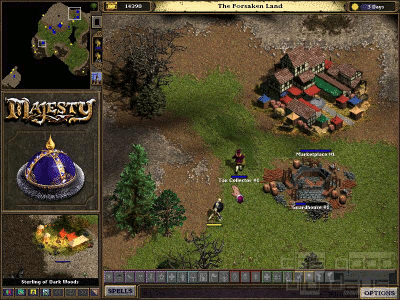 One day, in the middle of 2000, I bought several magazines with demo cds on a computer fair. On one of those cds, I found the demo for “Majesty: the fantasy kingdom sim” and, mildly interested, decided to give it a try. The second I started playing the demo I was hooked, and the game hasn't left my harddrive since.

Now, what influence do YOU have on your heroes? Well, you can decide that your market place sells healing potions, or research better weapons for your heroes to buy. But the biggest influence you have are explore and reward flags. Reward flags are put on monsters. They basically say “I, Sovereign of Ardania, will give x gold to whoever slays that hideous beast” Your heroes are then free to do it or ignore it. 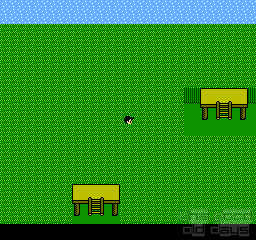