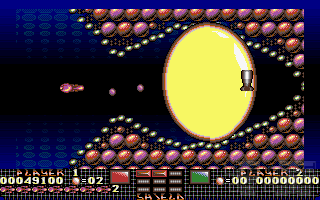 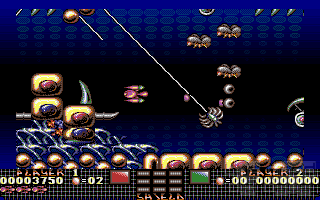 The introduction wouldn't make much sense if Phobia wasn't a shooter. The evil Lord Phobos has captured a princess (daughter of some ruler of the universe) for whatever reason. You have been sent to rescue her. So much about the forgettable part. The effect is more important: Phobos has - after (as the manual claims) having studied the human psyche - set up a system of planets on the way to the princess each of which represents one of humans' worst fears. 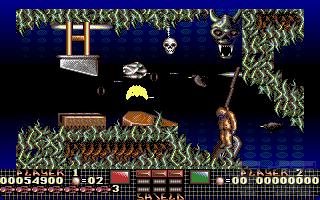 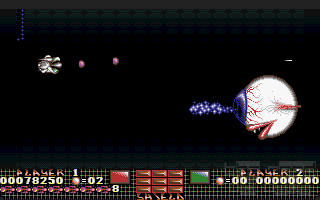 This is also what makes Phobia my favourite shooter ever! It's original, the world is fun to explore, there is some strategic planning involved and it's maybe the fairest of its type.

Of course it's not perfect. Collecting lives at the beginning can get a bit tedious. Some levels are better, some worse. Most importantly, there is the final level though: It is virtually impossible to beat it! Suddenly, all the usual bad designing kicks in: enemies which are impossible to get by, unfair traps and last but not least a completely unbeatable boss. As if that wouldn't be bad enough first round, the deadliest quirk in shooters ever comes into action then, too: if you die, you loose your extended firepower, making you even more vulnerable. Consequently, you'll die even more, making it impossible to regain the power you need. 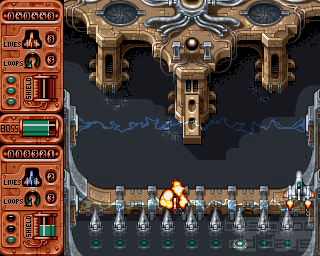