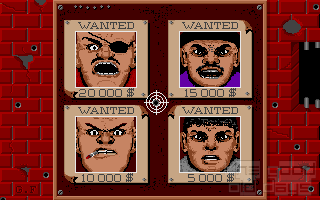 Do you also sometimes have these incredibly positive memories about a game? Always thinking back how great it was and how you would love to play it again? Doesn't happen at all to me for the simple reason I still have all my games and keep playing them constantly - no misleading emotions.

No rule without an exception. It must have been in 1991 when I copied a certain Amiga game from a friend. I played it and enjoyed it a lot. Only one or two weeks later, the disk went bad. I don't know why I couldn't copy it again - I guess it wasn't directly from one of my friends.

It was a catastrophe: I had just only mastered the first level and of course wanted to play on! In denial of having lost the game and not being able to recover the data, I didn't even overwrite the disk for several years. Just added “Don't use!” to the label.

The game I'm talking about is of course Monkey Island. No, wait, it's Wanted! It is a very simple vertical shooter with only a little minor twist: instead of flying, you walk. You impersonate a headhunter in the 'Wild West'. There are four possible targets which you can choose directly from the main menu, one level for each.

As the level starts, you walk 'up' the screen. For some reason, you can't control your walking speed, the screen just keeps scrolling. That makes the game significantly harder. Each of the criminals has his whole gang after you, they hide in houses, trains or behind wells. Taking them all out before meeting with the big cheese is a necessity. Avoiding their bullets is quite hard because of the narrow path you're walking, the scrolling, the amount of enemies and so on.
Quite often, there are barrels which after being shot open reveal the standard power-ups. The range of enemies is lightened up by rolling rocks and such from time to time.

The game originates from the arcades and you'll notice that immediately. The game is designed to keep people playing, but also to force them to restart often! You constantly find yourself being shot and of course, you have to start fromt he start of the level again each time (in the middle of a level, there is a checkpoint at least). Fatally, you lose some power-ups with every life, so that in the second try, your fire power is reduced and you'll last even shorter. Time to feed the next coin. As I said, I completed the first level back when I first had the game and again not so long ago, so it is possible. Getting there can be quite tedious though, it's not only hard, but also very unfair and also quite boring because of the repetition at times.

Wanted is my own personal reminder of how misleading memories can be. Granted, it's not a bad game, but when I played it again last year, I was still quite disappointed. Having been able only to take a quick glance at it 'first round', my judgment was of course not objective enough, and memories can be deceiving apparently - especially when they're mainly conserved by the urge to play the unreachable again...

Looks like a port/rip-off of capcoms Gun.Smoke(must have that dot in the middle

)
Wich i really liked. Altho that game wasnt nearly as hard as this game sounds like it is. 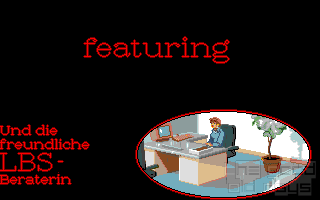