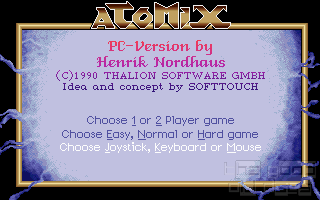 Known mainly as a developer of very unique and very colorful role-playing games for the Amiga, Thalion has produced several high-quality puzzle games as well. Probably the best puzzle was Atomix, a mix of timed puzzle and educational software. Over the course of ever fifty levels, the player had to combine atoms into molecules, in order to advance further.

The principle behind this game has been successfully implemented before, but I would credit Thalion for creating one of the most unique versions. You have a small picture of the molecule on the bottom left of the screen, and you are supposed to create such molecule on the playing field. While moving the atoms is quite simple, making them stop is much harder. They move on until they hit something. Because of this, you will need to do lots of strategizing before even starting to move the pieces around, so that they can always stop where necessary. To make matters worse, each level has a time limit, which gets really tight towards the end.

As was the case of other Thalion games, Atomix features a relatively high level of technological skill, especially in the graphics department. For a puzzle game, the graphics are top notch, but not flashy enough to compromise the game by making them too hard to read.

My only gripe with the game is that you will not be able to save your progress, nor will you be offered a password upon the completion of a level. Considering that you have only one try, you will soon find out how dull some of the puzzles become after solving them for the twelfth time, only to try again an especially hard puzzle. While I am no big friend of level passwords, in this case they seem to be very appropriate.

Atomix stands out not only as a game, but also for its historical value, as the first work of Henrick Nordhaus, who found himself a nice niche (and recognition) in the Anstoss series. The game is definitely worth playing it, if you can get it somewhere. 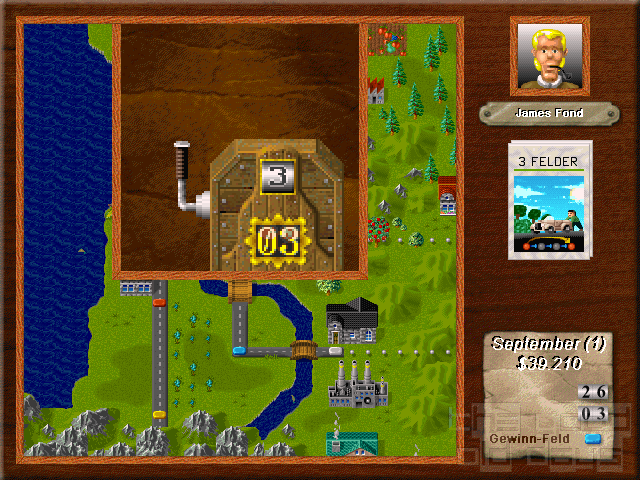