The Child Murderer
for Amiga 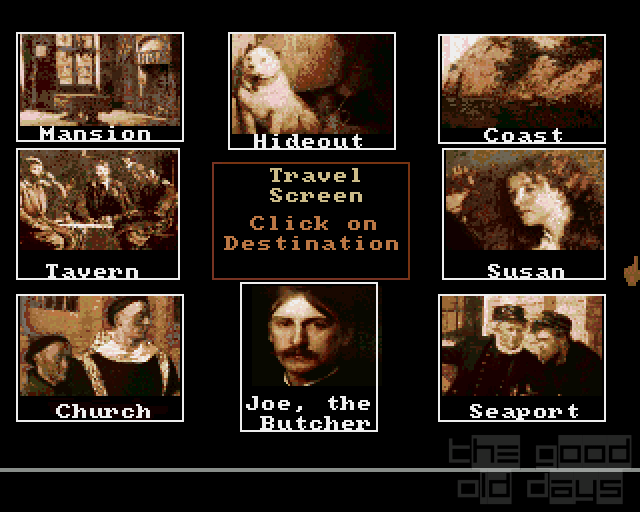 Michael Zerbo used to be one of the most infamous authors of 'adult' (meaning violence, not sex) interactive fiction. His games always had some sort of gruesome theme, and the solutions to his puzzles were often equally gruesome. He alienated the classic target audience by utilizing commands such as USE (a mortal sin in the IF scene), yet his games were huge hits as their download counts exceeded those of more 'accepted' authors by more than an order of magnitude at times. This went so far that he even released some of his games as Shareware, i.e. expecting to make money from them (more info on that in the final paragraph).

The Child Murderer is a prime example of Zerbo's 'qualities' in action. It's one of the former Shareware games (but the full version can be downloaded legally these days), and it's about a guy (the protagonist, i.e. the player) arranging the kidnapping of his former employer's daughter. The plan goes wrong as the player's partner-in-crime kills the girl and dumps the body in the protagonist's room. Now, you have to escape (being the obvious prime suspect) and have your revenge for that betrayal.

Summed up like that, it sounds like a pretty decent kind of story - if it weren't for the execution. Writing in very sketchy to say the least, with close to no actual involvement of the player. No characters, no motivation no anything - even though such a story calls for heavy drama. Simple example: The game is supposed to take place in Victorian England, but there's just no point to that. It could as well have been put into the middle ages or modern times - without any rewriting being necessary.

The same sketchiness plagues the gameplay as well. Actions and puzzle solutions are mostly unmotivated, fairly simple and at times ludicrous to the point of the game losing all believability it might have had before due to strong suspension of disbelief from the player (the paper - you'll know when you play it).

The weird mixture of graphical and text environment doesn't help. Many locations have accompanying graphics, which basically can't be that bad, one might think. However, these images are 'embedded' in the gameplay as well: In return, location descriptions are completely useless. Objects mentioned in the texts can hardly ever be referenced at all, but some objects seen on the pictures (which aren't mentioned at all) can (and have to) be.

The author goes as far as recommending not to play the game as a text adventure. Instead of typing GET OBJECT, you're supposed to type G only and then click on the object you want to take with the mouse. Likewise, you're never, ever required to reference more than one object at a time (for combinations and such). Typing I opens the inventory screen and selecting USE there will automatically select whatever the author dictates to make sense in the situation.

Quite frankly, this is sound advice to follow, because it leads to quick solutions, and there isn't anything else to try out and fool around with anyway. The whole game world feels completely empty. Only objects and characters which are absolutely required for the solution are there at all. Nothing else ever is. So you wander around the few locations, just hitting L, T and G all the time, and this way, you get through 90% of the game easily. The other 10% are shallow as well, the only showstoppers being scenes of instant, but completely unforeseeable death and the one infamous dead end which can occur at the beginning of the second day if you didn't pick something up the day before and which the game doesn't tell you about.

Puzzle design certainly is tough work, and I'm perfectly able to enjoy a game solely due to a fascinating story without much gameplay to back it up. However, as it has been stated, the writing just isn't there, either. It trods along on its dull pace, with some pointless gore thrown in for absolutely no other reason than grossing the player out.

In the end, this is a game which really satisfies nobody. As mentioned, the classic interactive fiction clientele is out because of the shallow gameplay. It also doesn't have anything to offer to fans of classy Victorian murder mysteries (or thrillers, rather, as this isn't a Whodunit). Kids who consider gore cool won't stand for the 'antiquated' gameplay. Even after some years of practise with his previous games, Zerbo still only delivers a rough idea with close to no attempt at an actual execution. The Child Murderer simply doesn't feel like a finished game.

Technical Stuff: I've reviewed the AGA version here (though there isn't a real difference graphically). The game runs from a hard disk, but only from DH0:CM1. No other drives or directories will work. The floppy version download contains three archives, the contents of each of which have to be copied to a disk each.

Release info: Michael Zerbo was nice enough to write and give us some background information about the creation of this game (thanks a lot!). Apparantely, it was to be published by 'Sir Rah' under the title 'Betrayed' (an ad which appeared in 'Amiga News' (Volume 2, No. 1, January 1993) can be found under the documents), but the publisher went under before the game was really completed. It was eventually supposed to have a full point & click interface. This non-polished version was then put on Aminet instead. Certainly explains some of the points criticised above. You can get an updated version for MS-Windows from http://www.freewebs.com/nameless/ (the title of the new version is 'The Murderer').

Mr Creosote (2009-02-07):
Quote:
Michael Zerbo used to be one of the most infamous authors of 'adult' (meaning violence, not sex) interactive fiction. His games always had some sort of gruesome theme, and the solutions to his puzzles were often equally gruesome. He alienated the classic target audience by utilizing commands such as USE (a mortal sin in the IF scene), yet his games were huge hits as their download counts exceeded those of more 'accepted' authors by more than an order of magnitude at times. This went so far that he even released some of his games as Shareware, i.e. expecting to make money from them. 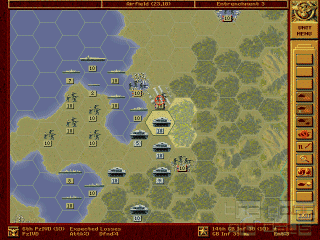