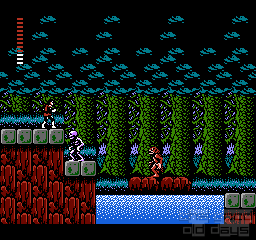 At this point things go outside the expected path. Castlevania has been, until the newer “Metroidvania” games, a symbol of arcade platformers of the “jump, kill enemies and keep going forward” variety. But suddenly you find here an early attempt at mixing typical Castlevania levels with an explorable world in the style of Metroid, yet nobody told you about it. It's like this one went far beyond it's time, as it wouldn't be until the PSX got his own game of this series that this brand of Castlevania would become known.

Otherwise the game is not bad. I even would excuse these mistakes as a product of the time. “Nintendo hard” became a popular expression for these games for a reason, but if you take a look at it the game is not badly designed, even if it lacks refining.

Mr Creosote:
Hmm… having never player either any Castlevania, nor a Metroid game, I have a hard time deciphering the term Metroidvania which you keep repeating. Problem is, this seems to be the only term you use to describe what kind of game this actually is. So I'm not really smarter after reading.
[Reply] 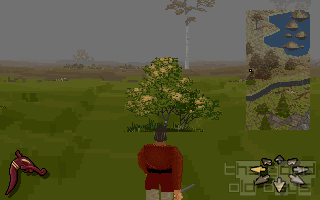