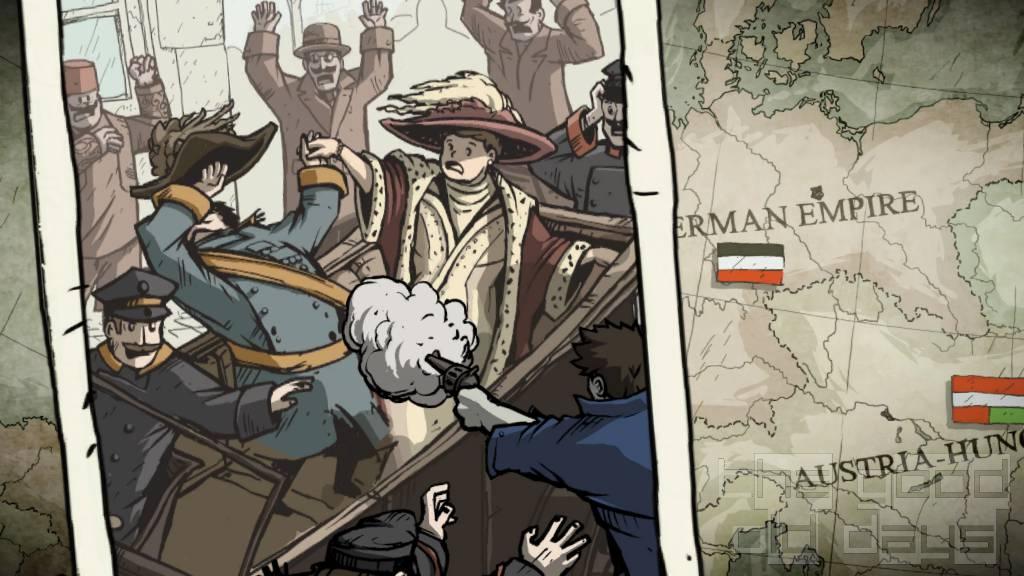 While I watch my character walking slowly towards the sunrise at the end of Valiant Hearts: The Great War, I take a look back at the road that has brought me here. Considering that for the most part it lead through the battlefields of World War I, the journey was surprisingly rich in variety, and it entailed even some nice memories besides all the horror. Yet it has been exactly those contrasts, these emotional ups and downs, which make these sensations so intense. Its beginning seems almost a bit unreal now, but soon the story will come to an end, and I cannot remember when I had such a feeling of accomplishment at the end of a computer game.

That is certainly thanks to the engaging plot, which masterfully connects the fate of a small group of people with the trials and tribulations of the Great War, so they go through the highs and lows of this critical time together. It is really refreshing that they are relatively normal people, i.e. they do not belong to the usual heroic figures, which you commonly get to see in other games set in this conflict. Their goals go far beyond killing a couple of nameless enemies; on the contrary they (mostly) just want to make sure that they and their loved ones survive this nightmare as unscathed as possible. This makes them incredibly human, so you can relate to them quite easily, but also laugh and suffer with them so readily.

The way the story is told is a bit unusual too. The hand drawn backgrounds and characters do not only blend seamlessly, but they also provide some timeless aesthetics, which might be best described as a kind of animated graphic novel. Occasionally this impression is enhanced by overlaying smaller panels, which show important side plots. Yet instead of using the usual speech balloons, the game does not only dispense with texts but also contains almost no language at all: If a character has something to say, he does so by using pictographs accompanied by gibberish talk, which contains one or two words you might recognise as coming from certain languages, but the overall purpose is rather to relay the feelings connected to the message.

At first this might seem kind of strange, if not even a bit ridiculous (like when German soldiers utter the good old 'Sauerkraut'), however the developers accomplished something rather ingenious with it: Even without knowing the languages of the all the parties clashing together at the west front you immediately understand what your dialogue partners try to tell you and still get the impression that everyone speaks in their own language. Therefore you can tell who belongs to which side in an instant. Also as soon as things get a bit hectic you realise your companions panic a lot faster, as if they led woefully long monologues. The only thing you might be missing are real conversations, because naturally they are hard to have this way.

Since this title is a puzzle adventure with some action parts this lack is not all that glaring. The gameplay is probably best described as a light-weight version of Lemmings or Lost Vikings. Each of the four characters you get to control (with a fixed order in this game by the way) has certain skills (like digging, demolishing or crawling). You have to use them to break your way through the levels, or help other characters to advance or escape. You are also joined by a really useful sidekick, a trusty rescue dog, whom you cannot control directly but have to give indirect commands. As a side note it should be mentioned that his cheerful disposition not only makes the small fellow very likeable but also provides a bit of comic relief.

Along the way you will come across several logic and combination puzzles. Less often you will have to master quick time events, in which you have to avoid obstacles while driving in your car or give a very rhythmical kind of first aid. Plus there is always the (optional) secondary goal to collect historical items hidden in the levels. In hindsight this turns out to slow down the flow of the game, because you miss them far to easily, which results in a lot of backtracking and starting a level over and over again. Actually you do not have to get them all, but your ambition will not stop nagging you.

At least finding them is worth the trouble, since when you pick one of them up you are also told some details about how they were put to use during the war. Overall the game teaches you a lot about life at the front, be it by the narrator, the character diaries or the comprehensive scrapbook. The latter contains some remarkable (real) photographs accompanied by well founded treatises about important topics of World War I. For example there are a couple of texts about trenches, gas attacks and their countermeasures, logistics, foreign legions or simply the battlefield you are standing on right now.

It would have been nice if the developers would have shown such a love for historical accuracy with the game‘s setting too. Some details are interpreted very liberally, like enormous underground bases, the weird machinery for pumping gas or the somewhat too modern tanks (and their heavy use). On the other hand there obviously have to be some simplifications in order to warrant a certain playability. And in the end you still get a relatively accurate impression of the course of the war. At least you gain insight to a couple of things not directly linked to combat. You even come across civilians or travel through less devastated regions.

This leads to a multifaceted portrayal of this era, which you very rarely get to see in computer games. At most the others tend to either focus on one kind of warfare (like one of the countless flight simulators) or restrict things to a very abstract level, on which thousands of soldiers are represented by one impersonal icon. In Valiant Hearts you will meet a wide variety of people, who seem a lot more lifelike than those in previous war games. Thus the game treats the issue of war in a very critical and self-aware way, which gives you quite a lot of food for thought.

Of course it is still a fairly light-hearted game, and it could have been a lot darker, but on the one hand this keeps it somewhat accessible and on the other hand this makes those heart-stopping moments, in which things do not run so smoothly after all, all the more intense. And do not let yourself be fooled: Towards its finale the story becomes very dark and comes up with some unpleasant surprise twists.

While we are on it: The character mentioned at the beginning of this review is just reading a letter to his daughter while the credits start to roll. Whatever brought him here, the things he wants to tell her and where his journey is going to take him now, will leave only the most hardened veterans cold. Everyone else should definitely have a look at this small gem of an alternative war game, which handles its serious topic in a surprisingly mature way. Not to mention the very unique visuals… 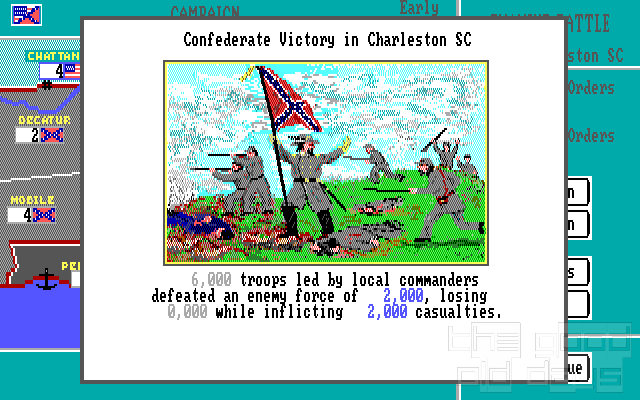