This classic computer by Commodore is probably the most famous 8 Bit system. None of its direct competitors (Atari XL and in some parts of the world also the Spectrum being some of the strongest ones) managed to spread like it. Masses of true classics were initially published on the C64. And what made this particular computer so popular in addition was the strong amateur scene. A lot of best games are actually non-commercial, made by fans! Even when the first 16 Bit systems came up, the C64 still survived a long time.
In the early 90s, it all came to an end eventually. The technical evolution had advanced a lot, but that was not the only reason the C64 died. It still had a huge fan base. Only that these fans didn't buy any games! The C64 was also the first victim of organized mass software piracy! Most games were so small that the users could easily fit several on each floppy disk. Copy protection schemes were invented, but defeated just as quickly again by the cracker groups.

Nevertheless, the C64 provided a lot of fun over many years. Many people's 'gaming roots' lie here in this machine. Let's never forget it! 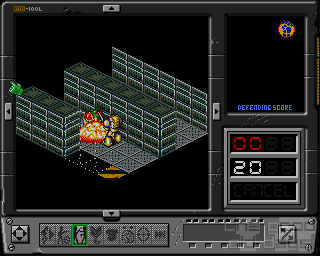