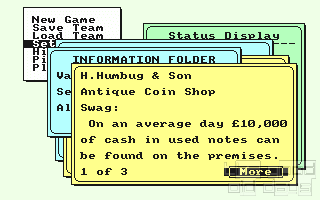 You're viewing the blueprints with more or less detailed information depending on how much of it you bought before. Now you can give exact orders to your team, tell them every single step. The normal procedure is to walk around, open doors, and steal stuff. Some rooms contain cameras, some boxes, cabinets or whatever are secured with an alarm system which you have to turn off first, safes can be blown up or opened slower, but soundless.

And all this has to be coordinated temporally. It would be foolish to break open a cabinet before its alarm system has been turned off for example. So you send your alarm expert to this system, let him turn it off and take a note of the time when he has finished. The other guys are ordered to start working on the targets after that. And this is just a simple example, in most cases, you have to take the actions of five people into account, just like several alarm systems, guards and of course the police which will turn up sooner or later.

They Stole A Million is still very unique. I only know of one other series with a similar concept: The Clou and The Sting (which are actually “Der Clou 1 and 2”). The first part is actually a worthy successor to its idol, the second part is just a very poor excuse of a game and a disgrace for this great concept! But no matter how these two 'modern' versions are, this one is the original, this one started it all. Or rather didn't start anything because almost nobody picked the idea up 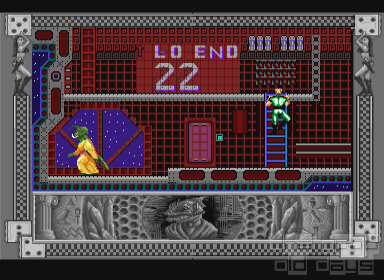