The Sound of Gaming

From clanging two objects together to tuning dozens of highly creative sounding boxes, from the earliest beeps of primitive speakers to almost pitch-perfect polyphonic surround sound, music holds great power: The power to stir emotions, to shake up your feelings and more often than not set you in just the right mood. Imagine a grand choir, singing in a foreign language. Don’t you feel a certain touch of grandness? Or how about a sonorous cello quartet and their almost tangible sorrow? The strength, the liveliness that hums within the strings of an electric guitar? And finally think of the laughter or strained faces caused by the chirpy beeping of the good old PC-speaker. Its no wonder that music has been with video games right from the start, because if done rightly it can be an incredibly powerful tool.

As with most aspects of computer gaming, its sound has come a long way. Hardware wise it started with artificial sounding monotones. Nowadays we can (re)create any sound imaginable, there are only slight advances in quality and clarity, which might only be noticeable to the real audiophiles. Actually it is quite interesting to notice, that our ears seem to be a lot easier to fool than our eyes. While we are still struggling to create semi-realistic graphics – which often leads to even more glaring flaws – by now the sounds coming from our loudspeakers have a very natural quality to them. So much so, that you might not even be able to tell the difference between a computer generated and a real orchestra.

From a software point of view things are still advancing. One of the first things video games learned to do, was to lure players into their world by kicking off with an intro or rewarding them between the levels with an interlude. Sooner or later the songs did not stop after pressing start but kept up the pace by playing during your attempts at beating the game. And with increased processing power the games learned to fuse gameplay and music, thereby creating dynamically adjusting soundtracks, which in theory always could sound right, but in practice still leave room for improvements.

But what does right mean in this context? The perfect background music ups the ante in action passages, calms you on the slower ones and entertains you during the more boring sections. If done skillfully most players will not be aware of this manipulation, on the contrary they will indulge in the prompted emotions. When things run really smoothly they will feel in tune with their games, hum along, catch some ear worms and at times even adapt their movements to the songs they hear. If on the other hand gamers start to notice disharmonies, if what they hear does not agree with how they feel, chances are high he or she gets annoyed or distracted. Which will lead to a contrary effect than was aimed for: A sad moment will become ridiculously sappy, a happy one will appear childish or annoying, a slow one will infuriate them with boredom. Then it is only a matter of time until they break off.

So, although many people would name other things first – like impressive graphics or interesting gameplay – music is one of the most crucial points of any game, because it rounds out the experience by tying the bits and pieces emotionally together. On top of that it tends to stick better to your mind: Get several people together and let them describe their favourite game and you will get very different points of views. But start to sing the main theme and all of them will chime in and most likely also come up with far more vivid impressions of said games.

Still, funnily (or sadly?) enough a game’s music is one of the temptingly easiest ways to save some time and/or money during development. And more often than not it is given a rather low priority, although it also has lots of potential to make or break a game. Which in turn makes those cases where there went a lot of effort into setting up the right mood by creating fantastic soundtracks all the better.

Finally, in order to celebrate the virtuosity of the good old computer game soundtrack and to honour the ingenious composers, musicians and coders who made them for us, I decided to open up a new area here on The Good Old Days, in which I am going to recreate some oldies but goodies from the past. Especially those from the earlier days of gaming, when synthesised music was either rather limited and/or expensive.

With the advent of software synthesizers and more versatile emulators this has become a whole lot easier, and there are several projects that turn relatively simple MIDI files into full-blown records. I want to approach this remastering process from a slightly different angle: Since I am a fan of unique cover versions, which are not just a rehash, but offer their very own interpretation of the source material, I am taking famous melodies and try to make them sound as unusual as possible.

The respective sound files can be found in the Download section of their games. To help you find them, I am offering a track list of the songs I did so far. I am going to expand them on a more or less regular basis, so be sure to stop by once in a while. Enjoy!

Any kind of feedback and comments are highly welcome. And yes, I am also taking reques. So head to the forum and drop a line or two! 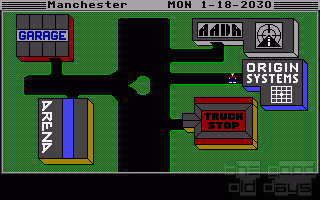