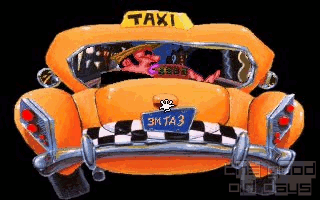 A brilliant, hilarious, vulgar romp in a tale as old as time. Since the dawn of man, men need women. Luckily for them they weren't Larry Laffer, a 40 year old virgin trying to correct that fact in the city of Lost Wages.

The game is crude as can be with Al Lowe's infamously vulgar writing. The game is pretty brutally difficult, as Sierra games where known to be. There's even a time limit to finish the game, that is if you don't solve a very Leisure Suit Larry puzzle.

After an outdated pop culture laden copy protection scheme, another very “Larry” thing, you'll find yourself in the city of Lost Wages. The world is open for you to explore, and try to win the heart of one of three women, with the luscious Eve being your main goal.

This VGA update does help a lot. Much MUCH better graphics, and a more Sam & Max style cursor to select your actions. The original release used a text parser in the same way as other early Sierra adventure titles like King's Quest. Although this VGA update is great it's still hard to recommend Leisure Suit Larry to everyone. It's extremely short, but will be extended by the moon logic difficulty. It's nowhere near as hard as Police Quest, or the aforementioned King's Quest, but it's still a Sierra game so don't expect an interactive movie style like Lucas Film Games did. On top of being short it's also extremely crude, and a bit offensive. It's not anywhere as bad as some of the later titles, and although Larry may try to be sexist he's just too much a faliure to even really be.

But how do I like it? I think it's hilarious! Some of the game may be a bit to illogical, but out of all of the Sierra adventure games it feels fairest. So if you have a crude sense of humor, and like a challenge give Leisure Suit Larry 1 a try!

Production values are exactly what you would expect from Sierra at the pinnacle of their business. Awesome visuals and stylish designs, jazzy music, many jokes and an interface which is a pleasure to use are all there. This one in my opinion benefited greatly from the transition to VGA unlike Space Quest which went for the late 80s stylized retro futurism and lost that cold and metallic charm of previous installments.

This game is considered retro now and here we are playing it decades later. And guess what - the main protagonist is kind of the same. A guy sporting a 70s suit in a late 80s world with his outdated sensibilities and refusal to accept modern reality. To me it looks like this Larry game is supposed to be perceived as series of comedy skits about courting stereotypical women with overblown sexuality in the early 90s.

Negative bits are still there, of course.

The humour is sometimes racy and borderline offensive, but it is what it is - a product of its time, bound to die in obscurity. There's almost no story and character development to be seen here.

I hated the puzzles where you need to wait for something to happen, because in adventure games I don't like to stay on one screen for too long.

The games is also really really short. Creators made an attempt to make it longer by including a money system where you have to find ways to get more money to be able to proceed with the game. Best way to gain money here is to play Blackjack and with Save/Load feature the game of Blackjack becomes an unnecessary annoyance and kind of a waste of time.

I would recommend this game to anyone who grew up in the nineties and missed it for some obscure reason. The jokes, music and authentic visuals make this very much worth it.

Leisure Suit Larry in the Land of the Lounge Lizards for MS-DOS PCs is a classic adult game. 40-year old virgin Larry Laffer heads to town looking for love, riches and a new life-style. Visiting a number of places, interacting with a host of characters, gambling to support himself, and pushing the envelope of questionable behavior, Larry seeks to lose his virginity.

Being that said, the plot of the game is quite simple: you have to score with a female within 24 hours.

Nostalgic point and click gameplay makes Leisure Suit Larry accessible to gamers of any skill level. Like the original, you have to answer some questions after you are asked to enter your age. After you have entered it, the game attempts to prove it. If you don’t know an answer to a couple, you can press CTRL-ALT-X to bypass this part. However, be advised that the game then asks you a question that refers to the documentation that comes with the game box.

The 1987 adventure gets a facelift in the 1991 remake. The game features substitution of the old “type-'til-you-bleed” (quoting creator Al Lowe) gameplay method with a point-and-click interface developed by Sierra. Complete new backgrounds and animation supporting 256-color VGA graphics replace the '87 technology.

The only thing this remake loses compared to the original is the freedom of interaction. With six different icons and the possibility to interact with almost every object, there is enough place for experimenting, but the magic of typing anything, hoping it will produce some wacky effect is gone. But this relative lack of freedom pays for all the problems the original text interface created.

Unsure of how the game would be received, Sierra's management chose to release the game with no publicity or advertising budget. In 1996, Computer Gaming World ranked it as the 69th best game of all time, also ranking it as the fifth most funny computer game. 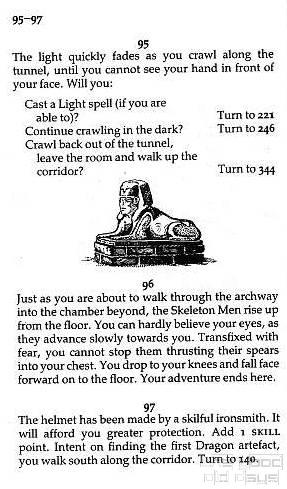