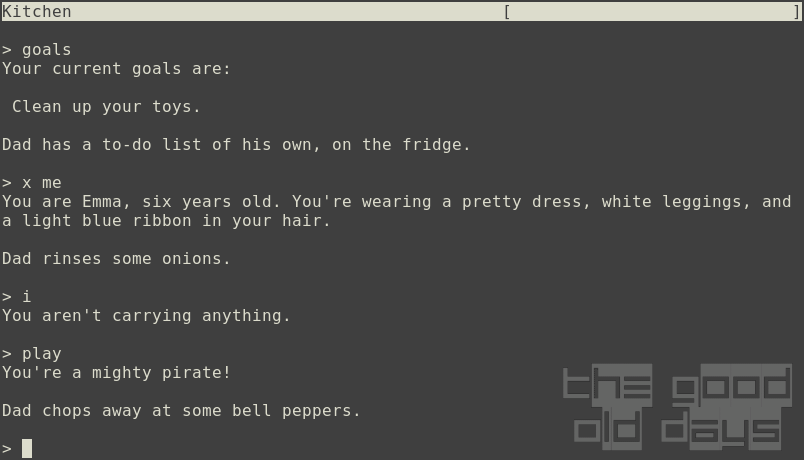 As an adult, it is really hard to re-immerse oneself into a child's mind and write such a character in a work of fiction. On the other hand, having a child write a child character isn't exactly a super realistic option, either. That is why it is so common to find so many insufferable kids who are really not kids, but “small adults” or “kids through the eyes of adults” in the movies, on TV etc.

This is where the game shows its main narrative strength. Kids that age often begin to see themselves as “grown-up”. Whereas in situations of perceived danger, complexity etc., they will still fall back to their parents as safety anchors, in everyday life, they will see their parents as needing help or even vastly incompetent in many ways and see it as their own role to support them and set things right. They make a game out of this role reversal (Hollywood writers take note: it's still a game). Essentially, the complete game is a play on that.

There is, unfortunately, one small, but nevertheless major fault in how the narrative treats this, and that is the opening exchange between the girl and her father. She is asked to put away her toys and what the game offers is three fake choices of avoidance and excuses plus one of acceptance. Finally, acceptance is the only real option. As many parents will attest, however, the inevitability of such a task is anything but a given from a child's point of view. It is unfortunate that the game hurts its own credibility in what all players will see first by providing the one instance of an “adult view on kids” which later, it so easily avoids.

Accepting the premise of help being needed and the tasks given for granted, the game subsequently actually allows its player some small diversion. Although largely focussed on its intended solution path (the rooms of the house being surprisingly empty), what is there is actually implemented in a broad way. Everyday household items can be “misused” for purposes of playing. Some objects change their very nature by manipulation, such as the dinner table turning into a fort or the sofa being used as a safe space within surrounding lava floor. The changes in object description account for the protagonist's perception and perspective very well in this regard. The only complaint being that many more such “irrelevant” things and actions would have been a huge plus.

The Impossible Bottle's tight design with its clearly restricted setting and its gameplay closely interwoven with its narrative really shines overall and never fails to entertain. So it's a safe recommendation. Until… the ending text where in an apparent attempt to give all that happened a “second layer of deeper meaning”, it leaves its established narrative perspective and has the mother give a topicality speech which can be described as kitchen sink psychology at best. This is particularly unnecessary as the plot already came to a hugely satisfying ending before when the true identity of the visitors is revealed. Oh well, two paragraphs of text tacked on after, easily ignored.

Mr Creosote:
Feel free to share anything about The Impossible Bottle (2020) here!
[Reply] 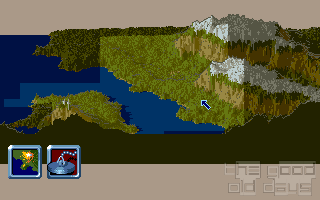