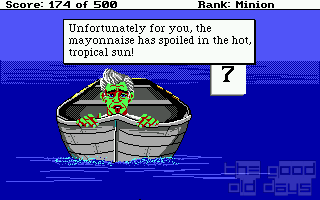 Oh, OK then. In this sequel to the 1987 hit by Al Lowe, Larry Laffer, our balding bachelor, goes once again on a quest for love. In doing so, he will unwillingly cross the path of KGB agents and the evil Dr. Nonookee, who is plotting unspeakable schemes of doom on his secret base, concealed in a volcano on a tropical Island. Yes, another Bond parody for you!

The game is quite longer than the original and Larry is no longer confined to Lost Wages. A whole variety of exotic (yet deadly) environments are to be visited: Hollywood streets, boats, planes, mountains and jungles are on the menu. Not to mention, the babes! Huh, what babes?

That’s right, oddly enough in this installment, there is little to no sexy content, which led to criticism when the game came out. Rumor has it that Sierra did this in response to complaints about the first game… The villain’s name (Nonookee) and island (Nontoonyt) could be a wink to that… or just a reflection of Larry’s usual stellar luck.

And indeed, our favorite loser is unlucky as ever and regularly finds himself in ridiculous (yet deadly) situations. I’ve counted over 40 different ways to die! Alright, I can hear Sierra bashers cringing from here, but for me it’s really part of the fun to find all the possible deaths. They often feature specific animations and funny nagging screens so it’s a nice display of creativity by the designer, and you would really miss a good part of the game by blindly following a walkthrough. But Mr Lowe takes nothing seriously, not even death, and there is an amusing part on some cliffs where the game keeps saving you automatically, with some slapstick animations, no matter how hard you try to kill Larry! This will hopefully convince at least some skeptics that the many deaths are best taken as a fun challenge, rather than a sadistic punishment for playing. And this comes from someone who grew up on LucasArts titles!

However, let’s face it. This game came out in '88 and at that time, the games were often brutal with the players, maybe to compensate for their rather short length. The developers put in merciless elements like death galore, mazes, arduous puzzles, tightly timed arcade sequences, or hidden yet crucial objects causing nasty dead-ends should you miss them. The extra difficulty also allowed them to sell hint-books to legions of stuck gamers, and that quickly became the business model for Sierra and many other companies. This game is no exception. It may be tricky and frustrating to complete for a new player without resorting to hints or a walkthrough. Depending on your patience and forgiveness level, that may be a deal breaker… or no big deal.

Technically, the game uses an early version of the SCI engine, so you get to type your commands on the parser. This is more advanced that the older AGI parser and usually the game will have no problem understanding what you typed. While that parser is less intuitive and easy to use than the point and click interface that came later, it does, on the other hand, give the player more freedom to interact with the world, as you are not limited to a few generic icons. Also you can have fun typing in whatever silly or sexual idea that goes through that dirty mind of yours! It may trigger something, or not, but in many cases Al has programmed in a witty comeback. And you’ll feel like an immature teenager again. Good times!

Graphics are state of the art for the time, backgrounds and animations. Larry himself has a more realistic (and rather ugly) face in this episode though, I prefer the more cartoony look of the later games. The game features little music, but when there is you’d better listen. Al Lowe is not only a talented game designer and programmer, but also a jazz musician and composer. You will recognize the Larry theme of course, and a few new ones as well, such as the pretty sweet love theme. This is a good time to recommend the use of a MT-32 device or emulator, as the buzzer mode will kill your ears for sure!

Overall, despite its flaws, I think this is a pretty good humorous adventure game, and a worthy successor to Lounge Lizards. It can still be enjoyed today, if you approach it with the same spirit in which it was conceived: have fun!

Totally agree with you on the deaths: You either love or hate them, but you have to admit that most of them are quite creative.

Actually this is my favourite part of the series, because I think the 'Go for it!'-Larry gets old really fast. Besides it's such an excellent spoof of the typical spy movie cliches. 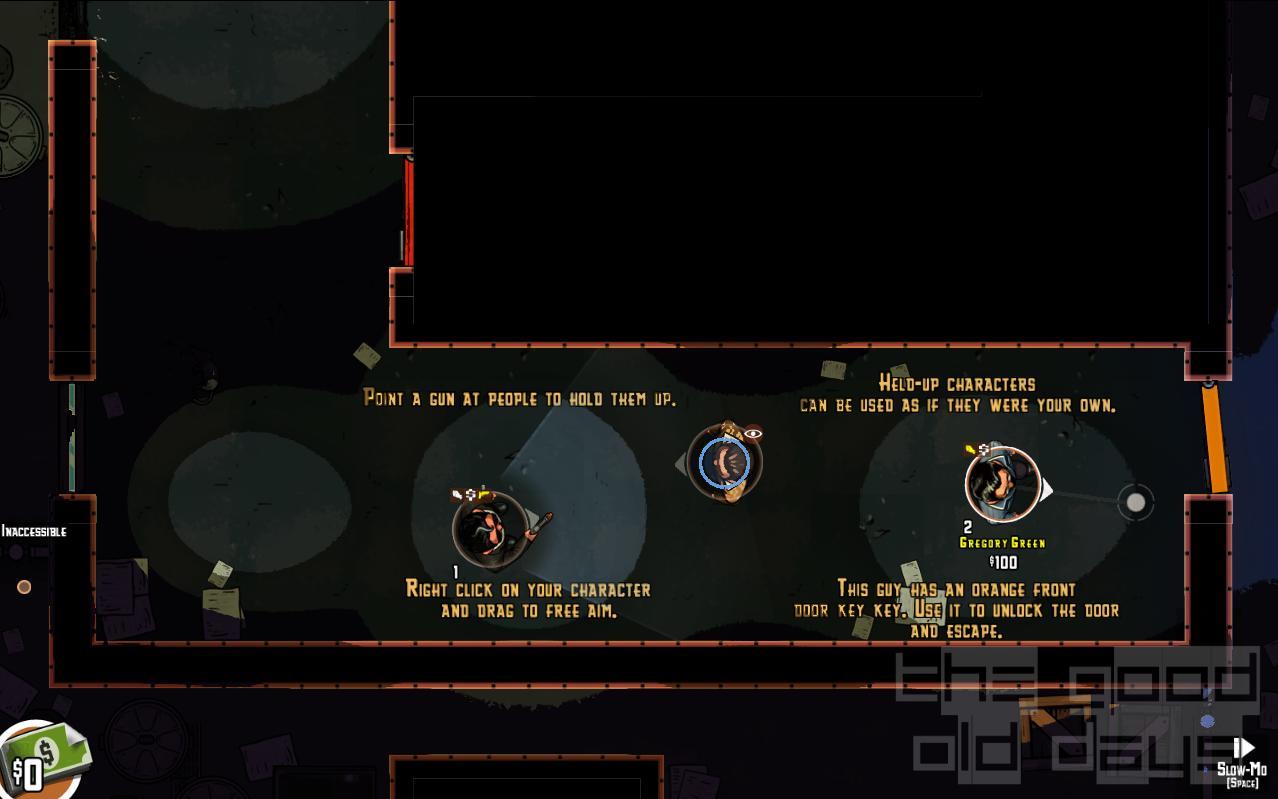