Even though some visitors want to 'just play' the games (thus we're offering pre-installed versions of the games where possible), many collectors prefer the original format. To transfer this, so-called disk images are necessary, i.e. images of the original floppy disks or CDs.

There are many different formats of such images. Unfortunately, many have just been invented by companies for use with their own programs and these formats haven't been publically documented. Therefore, these formats can only be read with the respective (and sometimes costly) applications. Games archived this way can only be used by a selected few who own the right operating system and application, which is pretty much the antithesis of preservation. That is why we're only using formats which can be read using software which is freely available for any common operating system. Other formats, such as NRG (Nero), CCD (Clone CD) or MDF should never be used.

As the name suggests, this format is an international standard and it is supported by virtually every application out there. It should always be first choice for CD images if the CD consists only of one track (which is usually the case with games).

To find out about the number of tracks on a CD, you can use various burning applications. Here are two examples using cdrecord and cdrdao respectively: Many graphical applications can extract and show track information as well, of course.

ISO files can be created using countless applications. The following example uses the command line tool dd which is available in any Unix-ish system (MS-Windows version here: http://www.chrysocome.net/dd). Graphical burning applications usually use menu items like 'create image'. After that, select the ISO format. On MS-Windows, you might want to give the free CDBurnerXP a try

ISO images you downloaded can either be mounted (i.e. used as a virtual drive) or burned to a physical CD. An example: In MS-Windows, you need additional tools (e.g. Daemon Tools) to achieve the same effect. ISO images can be burned with any burning application.

If a CD consists of more than one track (for games, that is usually one data track and additional audio tracks), this is the preferred format. It consists of the image itself (BIN) and a text file describing the kind of tracks and their borders (CUE). Application support of this format isn't perfect, but still very good. Note that RAW / CUE and BIN / TOC are basically interchangeable names for the same basic format idea.

Such images can't be created using the common dd tool. Many burning applications have an option for it, though (e.g. something like 'create image' - 'format' - 'BIN/CUE').

Mounting can again be done with Daemon Tools (MS-Windows) or with CDEmu (Unix). Just burning the image might be easier in this case, though.

If, after burning, you only hear noise instead of music, this is most likely a problem of byte order. In cdrdao, you should try the following:

This is subject to a dedicated FAQ. 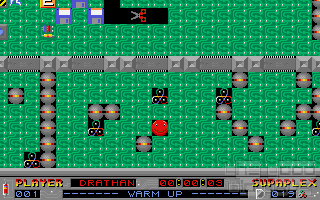