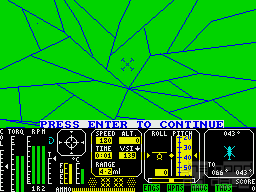 Let me start off by saying that there weren't really many flightsims on Spectrum, and those few that existed were, in all truth, hardly ever playable. Granted, there is little to expect from Spectrum or 80s in general when it comes to any type of 3D simulation. Poor scenery and textureless backgrounds, sketchy and transparent objects, terrible jerky framerates and overall dubious experience as a result is the hallmark of all 80s sims. However, you could always pick something more or less edible, as it were, out of this refuse heap, and Tomahawk here is a fine candidate for “The least of all shits” contest. What really puts this game ahead of its contemporary rivals is alluring though simple concept, comparatively good physics and pretty cool sound effects, which for a Spectrum buzzer were quite impressive, especially the helicopter engine sound.

Ok, the graphical aspect of the game is as previously stated, of little if any relevance at all since Tomahawk fits perfectly its own timeline visually speaking. Barren landscapes, flat triangular trees, occassional mountains, - all looking like identical set of props - is pretty much all you get to see here, and the only texture is ground dots which only appear at particular mark of altitude. Swell enough, most games didn't even give you that, where you could only rely on altimeter. Also, there is no external or any other views that can be used here except the cockpit view, which for such an early simulator is only a natural limitation. Anyway, this game here, wretched and unimpressive as it is, is truly one of the best, if not, in fact, THE best flight simulator on Spectrum, which might perhaps beget a question in your mind “If THIS is the best, then what is the rest like?!”, the answer is: you don't wanna know. 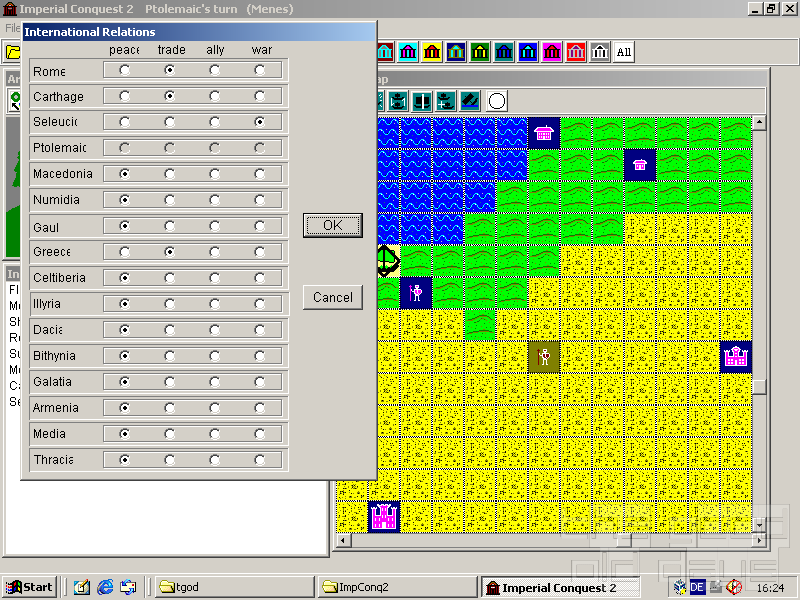