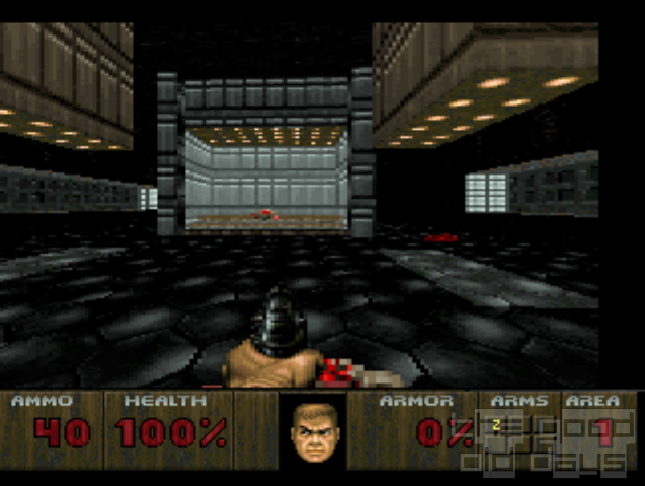 Doom was a game changer, and to this day is arguably one of the best FPS games around. Great graphics, 3D environments, complex levels, wide selection of guns, and smooth controls all contribute to the experience that is uniquely ID Software.

Doom became so popular that the console scene wanted in on the sales figures, and Doom got ported to just about everything available at the time. Unfortunately, pretty much every port was just... lacking, to say the least. Low resolution, poor sound emulation, small screen size, low framerate, or all of the above, plagued these console releases and left players wanting more.

The Jaguar port almost satisfies that need. It's full screen, full resolution, and had plenty of FPS to make it more than playable. One could say that it runs “smooth”, even, because it really looks great. The strange controller design worked to the advantage of the gamer, allowing them to quickly select the weapon they wanted using the keypad and an overlay instead of having to cycle through the many weapons they are sure to be carrying. It's a joy to play, the levels are 1:1 and it runs well. What more could we ask for in a console release?

Well, music would be nice. Referred to as “Silent Doom” by AVGN for a reason, the Jaguar port of Doom has no music during gameplay, instead playing only on the level summary page between stages. Although some argue it makes the game more immersive and adds to the horror atmosphere, I find myself playing the soundtrack on a laptop nearby while I play.

If you NEED to play Doom on a console, the Jaguar release is probably the best option available despite its lack of ID's glorious metal soundtrack during play. At the end of the day, the best way to play Doom will always be on PC, though.

Nukkus:
I still don;t think it gets any better than Doom. From the time I first played the shareware (it was released when I was 9) to when I finally got the registered version by saving up shoveling snow, I was hooked.
nobleEightfold:
This game is still absolutely a blast to play. For me, it's worth setting up era-specific hardware just to play this game in its original form.
bulvag:
The game of my youth
[Reply] 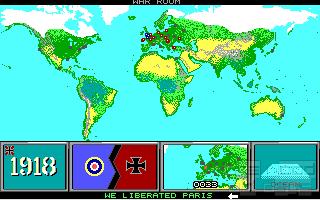