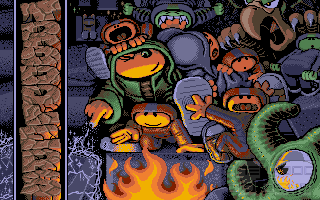 Your master needs troddlers for his magic, and as they are not a bright bunch, you are needed to make them reach their destination, for this you have a magic wand that allows you to create, and dissipate, solid stone block.

The game mechanics are simple, jump, move around and put or get into your reserves a bunch of blocks. But each of the two control methods has its own lacks, with a mouse you may jump a longer distance easier, as you select where you wish to go and you character will move automatically, but when you need to have control over what you do, as when jumping from a disappearing block, the keyboard is better.

Well, there is a bit of platforms but in what your mind and skill should be used is in solving the puzzle that avoid your troddlers from reaching the door, or which avoids you from reaching the gems, using your blocks to create a path fro the troddlers, as they walk over floor, walls and ceiling; and also a bit your surrounding, as sometimes you have at your disposition round and movable round stones, or blocks that move around your troddlers. But not all of your obstacles are passive, there are walking fires, machines that will devour any troddler that passes over them, fire spitting statues or the undead troddlers, which bite you and are destroyed when touching a troddler, along the little thing.

All of this is not surprising or new, but there is one thing that makes special this game, multiplayer. There are three kinds of games, the normal one where you play alone, the competition one that has a small bunch of levels and the cooperation mode, where both players share troddlers and should work along each other.

It can be hard, and requires coordination, but it's fun. Except when your reach a level that doesn't seem to have a solution, some levels are very hard and in them being two players sharing the same life bar makes things worse. There is one for example where the screen is filled with zombies, there are barely safe places, and they will be dangerous in a moment, when a zombie crosses it, and, not having blocks to smash them, there is no visible way to finish it. Luckily this is rare, and as long as you have a cooperative friend it's the most fun part of the game 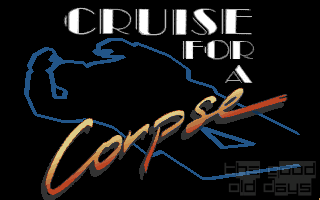