The Case of the Cautious Condor
for PC (DOS)
Also available for: Amiga (CDTV) 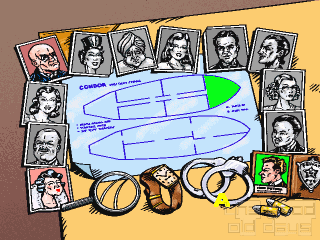 The Case of the Cautious Condor was one of the first CD-ROM only games and it was released as early as 1989 for the (then) groundbreaking japanese home computer FM-Towns which came with a CD drive by default - long before this got into mainstream on the PC four years later with killer applications like Rebel Assault.

Of course, there were Laser Disk games before, like the well-known Dragon's Lair which was already released to the arcades in 1983, but TCotCC was probably the very first CD-ROM exclusive title originally developed for a home computer. The only other game which could challenge this title is, according to my research, The Manhole which was released in 1989, too. However, it is likely that The Manhole was already released on floppy disks before.

So, what we have here is a true pioneer game and you shouldn't expect a masterpiece which uses all the possibilities of the new medium to the fullest extent. Some features were present long before other games incorporated them, though. For example, there isn't any text in the game, but everything is spoken, making it an interesting aural experience. This, combined with the graphics, would have required a whole bunch of common floppy disks.

Concerning gameplay, one could use the common term 'interactive comic'. You choose the location you want to visit in which order and decide whether you want to interrogate someone or search the room. The game is built in a way that it's virtually impossible to solve it first round, because you have to play it several times to see all locations and witness all events to get an overview. Then, you can try to combine all this to get the final solution by being in the right place at the right time. Which might take some effort getting used to these days, because it's rather a puzzle than an Adventure as it is typical today. It's still a lot of fun. Some may have recognized the concept known from the game Deadline.

Atmospherically, you could even call TCotCC a secret predecessor of The Last Express. Just like you have the Orient Express there, you're in a huge flying boat (reminiscient of a Sproose Goose) here. Both games are set in the wake of a world war. While TLE takes place before the first world war, TCotCC is set before the second one, in the year 1937. You play a detective in the middle of an illustrious round of VIP travellers. There are just 30 minutes until the plane will land again, and to find the murderer of the host's son. That host, an old war buddy, has asked you to solve that case, because he's unable to do so himself after having a heart attack.

Of course, TCotCC can't reach the complexity and fun of its successor The Last Express, but both share the same fate: Both were, undeservedly in my view, commercial flops. With TCotCC, it was because of the lack of CD-ROM drives (even in 1992 when this PC version was released), with The Last Express, it was lack of marketing and it was drawn from the market too early (but that is another story).

Compared to the CDTV version, this PC version is more colourful. Depending on the image currently shown, there are usually between 100 and 200 colours used at once.

What's probably important to note is that you should click on the Intro button on the initial screen, because that intro isn't the one played automatically on running the game. This can be easily overlooked.

Thanks to Egon68 for providing the game! Review translated by Mr Creosote.

Mr Creosote:
Feel free to share anything about The Case of the Cautious Condor (1991) here!
[Reply] 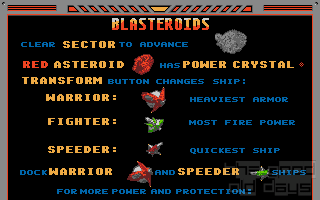