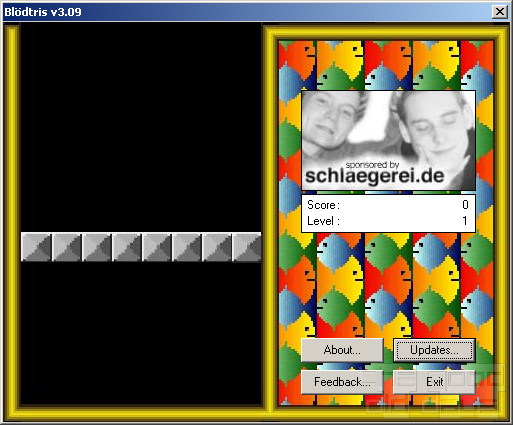 Blödtris - or Dumbtris as it's called if you install it in english version (the game can be installed in english or german) - is a game that can be sorted into the Tetris-category. Well... at least the name of it claims that sort of kinship. Now it's a bit difficult to write a proper review about it I have to admit. First of all - this game is not really... well... serious. The goal of it is the same as you have in Tetris - you have to build whole lines, they vanish, you get points and after a certain amount of points you go up one level, which means things go faster and so on and so forth.

So well... this “game” is a good laugh at exactly those programmers who keep on reprogramming.

Mr Creosote:
Well, how do you rate a game which is just a joke? I had the same problem with Advanced Lawnmower Simulation - it's impossible.
Vemperor:

Elwood:
Feel free to share anything about Blödtris (2001) here!
[Reply] 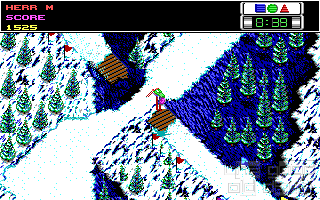