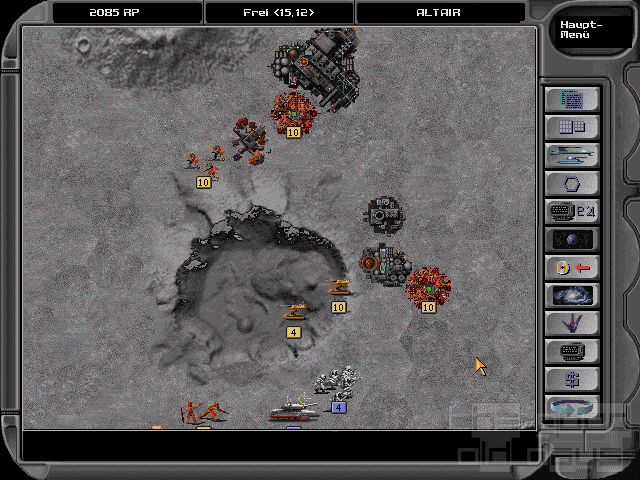 The Holy Grail... so many people searched for it... and died searching for it. Well, Indiana Jones didn't die in the attempt, but even he still didn't get it. The Holy Grail of the strategy / wargame genre has always been combining the two classical sub-genres: 'global' strategy, i.e. raising your armies, sending them to invade your neighbour and taking care of the infrastructural questions surrounding it, and tactical 'battle simulations', typically in the form of moving single units around on a hexagonal landscape. Crossing that rift and molding it into a consistent, single game - the dream of every game designer involved in the genre and of course also every fan. Even the great Sid Meier tried at one point, and admitted his failure saying that although both parts of his game had worked well individually, the tactical parts took so long that the players would forget about the situation on the global level, making the switch back to it after a battle close to impossible. 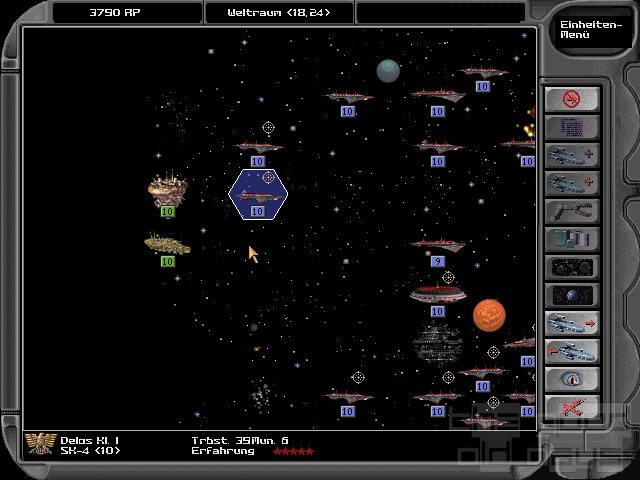 Star General offers an interesting approach at the inherent problem. Instead of two really distinct 'levels', both the global and the tactical scope utilize the proven Panzer General engine. The 'global level' being the infinity of space and the 'tactical level' being planetary surfaces in this case. The formula is roughly this: You send your space fleet against the enemies, (hopefully) blasting theirs to pieces. Then you move your transport ships to their planets, land, unload your ground troops and start the fight for the control of the planet. The latter takes place within a 'space turn' - up to ten 'ground turns' can be committed within a single 'space turn'. If that time runs out, you must have either conquered the planet, or the normal action in space will continue - meaning that both fractions can also try to land reinforcements for when the ground battle picks up again.

The planets themselves fulfill the function of factories. You can build structures there which will (generally speaking) either increase your income per turn or enable you to build more / better units (there's also some rudimentary technology research aspect covered the same way). This turns out to be quite a good idea. Mr Meier's problem is elegantly avoided by limiting the time you can spend on a tactical ground battle, and both levels depend on each other inherently, so there's no danger of it being regarded as two independent games in one. 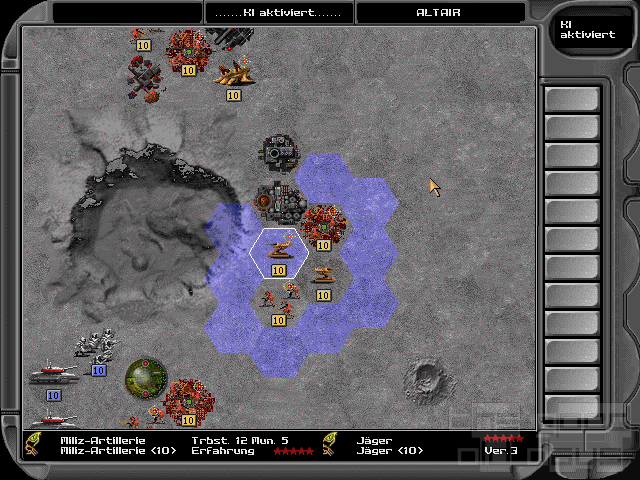 Tough struggle for this planet

Unfortunately, Star General fails on two other counts. First, it's just uninteresting and second, it's confusing.

'Uninteresting' in the way that both space and the planets are... empty. It's obvious for space: No terrain, so no battle modifiers to take into account, no units digging themselves in, no real obstacles or slower or faster movement (actually, they tried to get the latter in... they tried). The planet maps are mostly very small with just a few randomly placed cities (there are a few pre-defined missions, but those look like they've been made with a randomizer, too). No distinctive landmarks, no fun.

'Confusing' insofar as the units are hardly distinguishable. Especially on space level, as most of the ships look very much alike, yet their stats differ significantly. In theory, there are different ship classes functioning in a rock, paper, scissors sort of way. Yet it's hard to really understand which of the many values does what, i.e. what ship type is good against which other one. And in the end, the big, fat guns seem to be the best choice anyway, so why bother? On ground level, it's all a little simpler, but also not really good.

So, on the whole, Star General is just another pretender to the Grail title. An interesting approach for sure - if anyone were to pick it up again, betters map and unit design could make the game a real winner. It could work - anyone? 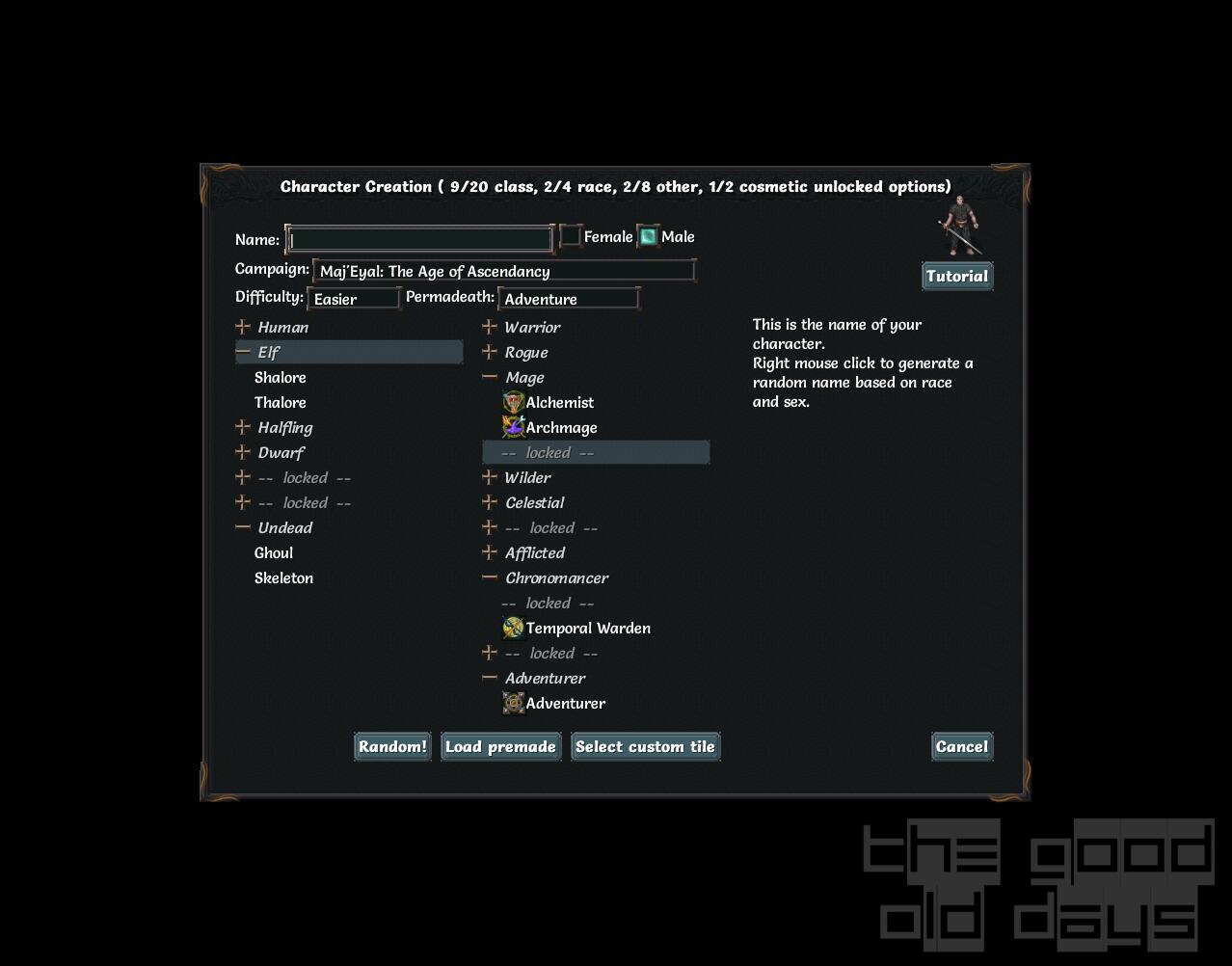