One of the most successful classics goes into its fifth incarnation. Sid Meier’s Civilization has not been matched yet… although there has only been one serious contender so far a couple of years ago – Call to Power. Will this unrivalled game in its fifth incarnation still be able to surprise us above new graphics?

Oh yes, so let me present those surprises:

Civilization only really makes sense and you get the most fun out of it if you play the whole package. For this review, I have therefore bought all features, downloaded them and invested quite a sum of money (about 140€). After buying it in the store, I had to learn that this game – which I'm playing since its first generation – now requires an online registration. Returning it wasn't possible, because I had opened the box – my point that I will require an Internet connection which wasn't mentioned on the box was simply ignored. Great. Though as a real Civ fan, we will not mind legal roadblocks and install “Steam” in spite of headaches.

Sadly, it is customary these days to rip off the real fans continuously per quarter. So let's jump ahead 1.5 years in which I had to buy countless updates to complete my Civilization V. The basic features were really sad and as far as quantity and variety was concerned, it was roughly on par with Civilization 1. Also, there were hardly any scenarios and the already introduced religions were gone again… But for those things, there were those great and expensive updates which “fixed” such issues. After all, Firaxis will need a lot of money to make Civilization VI which should arrive this or next year…

I prefer playing Civilization in campaign mode. Civilization just calls this “New Game” and it spans the beginning of settling down (3000BC) until victore, which can be after 1000 years or 6000… Though let's start at the beginning. Each nation, which we can select, has two custom buildings or units and a special ability which is either active right from the start or from a certain point in time. For example, Indian people receive a bonus of contentment. If Gandhi has a city which is exceeds the size of 10, unrest will only increase by 5 points. If Gandhi has 10 cities with a size of 1, unrest will rise by 20 points. So this means: building fewer cities, but really large ones

. Above that, the Indians can build war elephants instead of mounted archers. The Germans under Bismarck receive “German Panzers” instead of regular ones and Americans can bring F-18 jets into the game. The Vikings, on the other hand, can attack the English longbows with their Berserkers while the Swedes have infantry on skis. Of course, not just from the beginning, but only after discovering the appropriate technology.

Once we have decided on one nation (I will just use the Indians as an example), we can also set a couple of minor details, like the game length (epic is REALLY long) or the kind of map (archipelagos or Pangea). In the advanced setup, we can choose further details which will indeed have an influence on the character of the game. Now let's begin our neverending reign. We start with a group of settlers and a warrior.

Our first city will also be our capital and we are well advised to place it in a resource rich area. Yippee, our first city. What do we want to build… a monument to increase our culture and expand our borders more quickly? A scout to explore the map more quickly? A warrior to increase our military strength? Or a settler to found more cities? Maybe a builder to construct farms and mines so that our city grows and produces mores?

Well, there is little sense in a settler right at the beginning, because that would slow down our city's growth. A builder could be useful, but only if there are no barbarians pillaging our fields, because we can't defend our builder. It will just be enslaved and taken to the next camp. So at the beginning, a scout makes most sense, because (as we know from other Civilization parts) it receives a movement bonus and can therefore explore the terrain more quickly. Because if we are the first to find a city state, it will grant us a higher bonus compared to the second or third nation making contact.

From here on, the game continues in structured turns. Each civilisation has its turn, then come the city states and then the barbarians. Then it is our turn again and so on. After some neverending turns (yes, I selected epic

), my scout finally appears. Before that, I have sent my warrior to explore and could fight a couple of barbarians. Due to the increased experience, we can now give the unit a special skill. I have also already discovered my first city state (Melbourne). The scout moves through forests and over hills much more quickly and it arrives in a nice spot at the water where there are whales. A perfect spot for the next city. Although first, I will finish constructing my monument.

Countless turns later, the monument is finished and I construct a builder. At the same time, I discover the wheel so that my builder can now construct roads. What would we need a road for if we didn't know about the wheel and horses? Meanwhile, my scout has discovered some enemy barbarian warriors and it stood its ground. This grants it a promotion and I let it rest. My warrior has been ordered back to the capital as that is where it is most needed.

Just great. The game just flows right from the start and on the search for new resources, perfect settling spaces and other nations, you really lose track of time. At some point, I meet Attila, the Hun. Somehow, he has got many more units and even a battering ram. He easily conquers my second city and I grundgingly have to accept a suffocating peace. My conquered city is burned down and razed in a couple of turns. Only some ruins still remain. With my wealth, I bribe two city states into becoming my allies and wait for a couple of turns until Attila is occupied with the Iroquois. This is my chance and I declare war on Attila. My allied city states support me very actively and destroy several Hun units; now I conquer Munich from Attila and dictate my peace terms. This will undoubtedly result in another war sooner or later, but for now, I don't care.

by now, I have entered the Middle Ages and built some cities, units and wonders. The game unfortunately loses some steam, because new units simply take ages to produce and, if you've survived the initial enemy attacks, it should now be rather quiet, because the enemies need to build up their strength again. This takes too long in epic mode.

The game nevertheless never gets boring and replayability is enormous, because ever changing enemies, maps and starting positions always result in a fundamentally different game.

In Civilization V, some enormous changes have been made compared to the predecessors. Like in Panzer General or Age of Wonders, there are hexagons over which we move. Before, there were always 8 squares to which our units could move in Civilization. Now it is only 6. Next, only one unit can occupy a hexagon. Before, countless units could be placed on the same square. To balance this, our units can now fire several hexagons far (archers two, longbows 3 etc.). So we can form a first line with our infantry and have our protected rangers in a second row behind from where they fire.

A city's sphere of influence is beautifully implemented and it is based on culture. The more culture is produced, the larger the sphere of influence, line of sight and border of our city. The inclusion of religion is also fairly good. We're producing faith and once we have sufficient faith, a prophet appears who can found a religion. This improves (or hinders) the relations with other city states and nations, depending on whether they follow the same religion as we do. The religion also has some inherent advantages which we can select ourselves.

Then there is social policy and ideology. There are 7 social policies. Only 3 are available from the beginning. Each policy provides us with certain advantages. Once we have introduced a policy, we can also make improvements within this policy which grant us additional boni. The 3 ideologies work in a similar way. However, they also have an influence on the other powers. Similarly thinking civilisations like us and others just don't. On top of that, there are domestic effects. An example from the “real world”. The Americans are the biggest power on earth and they support freedom. Fidel Castro, close to the United States, prefers order. As an insignificant power, the ideology of order will not influence the United States from Cuba. The Americans, on the other hand, put a lot of pressure on the people of Cuba which results in unrest, because the Cubans would like to have freedom as well, in order to become as powerful as the Americans.

The financial system has also been improved. Before, it was customary to coat the earth with roads and later railroad tracks. Now, we have to pay one gold coin as maintenance per way each turn. City improvements also cost gold each turn, just like military units. So it is now the main task to spend the limited amount of gold in a sensible way, because otherwise, you'll be broke very quickly and national bankruptcy is quite unpleasant…

The rest of the changes are basically the usual: a couple of new and different units, a different technology tree with new technologies and beautified graphics. Even the goals are mostly similar. We have the option to win by reaching one of the following goals:

At first, it doesn't really matter what we're aiming for, but in the course of the game we should decide on a direction, because wonders, ideologies and social policies or our way of acting on the diplomacy stage influence the game and our chances of victory immensely. Achieving diplomatic victory is almost impossible as a warlord and expansion happy realms amass much more unrest than small ones, which on the other hand have a bonus on culture.

Graphics… uhm, for 2010, you could have expected more, but you probably don't have to. After all, it is Civilization. There are games like Pride of Nations which have more pleasant graphics, but performance is really nasty. I only encountered that in Civilization on a HUGE map with many enemies and in the later game where all of the earth was settled. Sound exists and it is appropriate to the graphics. What more do you want? Ah yes, multiplayer mode. This one also exists and it should be entertaining, although so far, I only played against the computer. It should only be for looooooooong nights.

The controls are inspired by the older games and it is kept fairly simple. Keyboard and mouse work together quickly in combination.

Conclusion: Expensive, but those who invest the necessary change receive a varied game with extremely high replayability. Until now, I have wasted 1000 hours on it and I intend to carry on 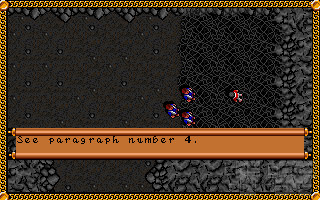