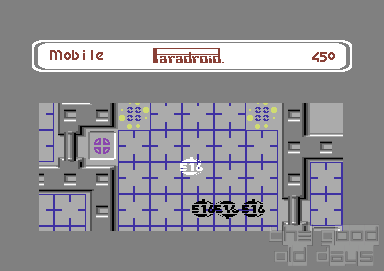 Graftgold were one of the companies which started the (horrible) trend to release the same game in different 'editions' over and over again. Uridium and Paradroid were two of the earliest examples. Both excellent games.

Paradroid basically is a robot shooter. The player controls his own alter 'ego' with which he has to take out all the other robots on a spaceship. The twist: Instead of heavy weaponry and shields, the player's robot is equipped with a 'mind control unit' allowing him to take over other robots.

Sneaking up to any, you engage the enemy robot in a struggle for control over that shell. This is played in a battle of electrical impulses: Whoever manages to take over the majority of the chips (?) wins. Taking over, the player now controls that other robot which might be stronger. I.e. he can now shoot other robots more easily. Stronger robots are also stronger in grappling mode, so the easiest way for the player is to move slowly upwards. However, the final twist is that the stronger the robot, the shorter the timespan of control over him. 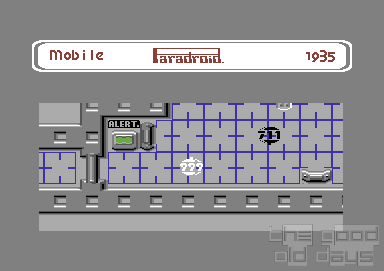 In control of the ultimate robot
So much for basic Paradroid, but what's new in this Heavy Metal variant? Levels (new ships with different deck layouts) and graphics. The game is now tinted in shades of grey which is very appropriate considering the game is supposed to take place on a spaceship. It indeed looks a lot better than the neon colours of the original.

Which makes Heavy Metal Paradroid the ultimate Paradroid version. No doubt about it. Still, the question remains how exactly this is a new game. Actually, the answer is simple: It isn't. It's just Paradroid with a different colour scheme. Which is an excellent and highly recommended classic - one of the true masterpieces of gaming history. 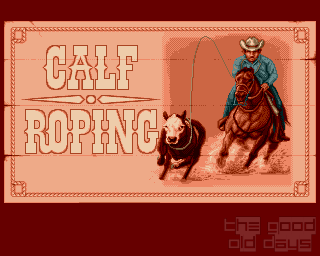