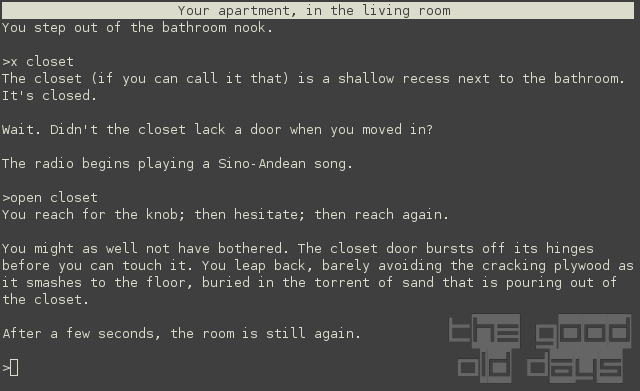 It's the night before you're leaving for your vacation. You can't sleep, so you think you might as well get the things on your todo list done before your taxi arrives. Not that your single room apartment allows for much varied action. A futon, a desk with a computer, a kitchen-like corner, a shower, a sink, a toilet - that's it. However, things are starting to shift, change and everything generally gets weird soon enough.

Shade is a game without much of a story. It's more of an experiment in surrealism. Playing it is like reading a novel by Philip K. Dick - but without any silly explanation for it all in the end (the presence of which greatly detracts from the enjoyment of Dick's works, by the way). As the world around the player changes and dissolves, the most mundane things suddenly take a creepy turn.

Gameplay-wise, this means that the player always has to be prepared to search for new clues in the same places again and again. A small thing has changed somewhere? Obviously, this is where the next step is required. Due to the limited setting and an ever-present hint-giving item (which you'll figure out quickly enough), there aren't any roadblocks which will have the player stuck for long. Even calling it 'puzzles' would probably be overdoing it. Basic manipulation of the surroundings is enough; sometimes, a very basic action will simply trigger unexpected results which will advance the game.

So not much of a story, but also not a puzzle-based game. What is this? Just a programming exercise? Not the worst of theories, as the game uses some non-standard elements (rooms within rooms, for example). If it is, however, it is a very appealing exercise. One which is fun for the player to re-live and explore. Recommended! 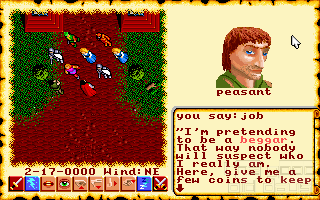