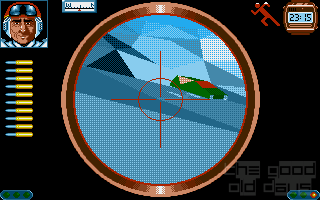 There are only very few games out there which actually deserve the over-used label 'epic'. Usually, games called 'epic' just go for broadness, i.e. they offer lots of stuff of the same kind. For example, such a game would have lots of levels, but all those levels require the same few activities and strategies.

Mike Singleton is one of the few game designers who tried to work around the usual limitations of the genres and fixed player expectations, and in that process, he created some of the very few truely 'epic' games in gaming history. The prime example in the area of classic games would be his Lords of Midnight, for younger players, it is Midwinter.

Plot-wise, the game is set in the future on an island covered completely by snow and ice. The evil militarist dictator General Masters is invading the island and things are looking bright for him: The island is just guarded by a few policemen and Masters' forces outnumber the police force by a huge margin - as well as concerning their equipment. 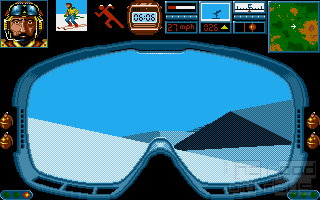 Stark travelling on his skis

The player's avatar, the policeman Stark, has to organize the resistence against Masters who has already established his headquarters in the southeast of the island. Several settlements have already been overrun. Stark is on his skis at the start of the game - completely on his own. His colleagues (and various important civilians) are spread all across the island. Some have even already been captured by the enemy.

On the whole, there are 32 characters which can all be recruited throughout the game. This is done by visiting their location and talking to them. There are some roleplaying elements there, as each person indeed has his or her own character. Some people are naturally suspicious and they won't join the resistence unless someone specific whom they know, like and trust asks them. Or the other way around: Some people will join the resistence unless the player sends his worst enemy.

Once a character has been recruited, he or she can be controlled just like Stark. This is where things get a little more complicated. On the surface, the game runs in real time, but you can't control more than one character at a time. All the others would be easy prey. 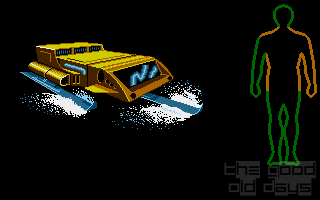 Jumping into the driver's seat of a snow buggy

That is why Midwinter applies another feature: Every two hours, the player controlled characters have to synchronize their watches. These two hours, everyone can use in any way the player wants - and in this timeframe, everbody has his own 'time'. That means that the player can first play 8AM to 10AM with one character and then play those same hours with another character. Which essentially is a disguised turn-based system.

Typical actions involve lots of travelling (on skis, in snow mobiles (which can be picked up in some settlements), in cable cars running on fixed routes or you can try yourself at hang gliding), occasional fights with the enemy and visiting of settlements. The latter may consist of different buildings, like normal houses, police stations, heat mines or plants. So depending on what you find, you can for example rest, eat or resupply.

Some settlements are enemy-controlled. This is where the real guerilla action starts: Strategically important buildings like warehouses full of supply may be blown up. The same way, captured members of the police can be liberated - or you can try sneaking them out of their prisons with the help of civilians.

Another aspect of guerilla war is meeting with enemy vehicles. Sometimes, they'll hunt your team members and you have to defend yourself. In other cases, you'll send a character to intercept enemy convoys: Have him climb a tree or hide on a church tower, take out the sniper rifle, take out the armed vehicles quickly - and enjoy wasting the defenseless supply vehicles.

The icy setting allows for simple, yet attractive three-dimensional vector graphics. The player can freely turn (instead of just 90° turns as usual in many games of the time) and go up and down (which makes the skiing part really fun). Sound, on the other hand, is fairly limited. Most of the time, you'll only hear the humming of a motor and shots. The lack of music could be a deliberate choice to achieve a more realistic atmosphere, but then, I'd at least like to hear the wind blowing.

What's so impressive about Midwinter isn't primarily its multimedia capabilities, though. It is the total freedom the player has in order to get to his final goal (defeating Masters). There are many ways to get there, and we're not talking about fixed, pre-made paths here, but real freedom of movement, decision and strategy. And that's what makes the game an epic. A true one!

My friend and I used to play this a lot. We had the maps all stuck on the wall and would plan who to recruit. It was almost like a military operation.

Midwinter was undoubtedly ahead of its time and is one of the games of that era, like Sid Meier's Covert Action, that could really do with a modern remake. 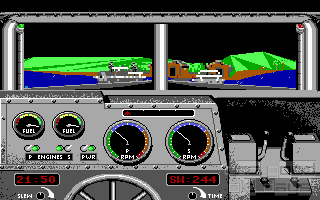