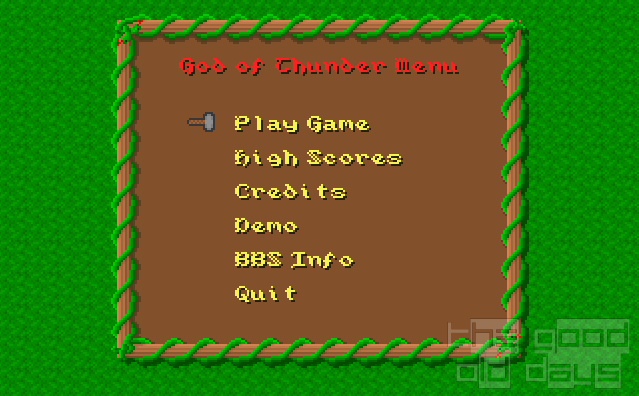 During the game, Thor can take advice from his father Odin by interacting with some magical yellow spheres he can fing in various places. He can also collect diamonds that can be used to buy items or be traded to get valuable information from people. Thor can also find keys that can be used to unlock some blocks with the key sign on them. When Thor uses a magical item, the manna level is decreased. He can restore his manna bar by collecting magical filters or by interacting with the “Angel of Manna”. Similarly, his life bar can be restored either by collecting apples or by interacting with the “Angel of Life”. 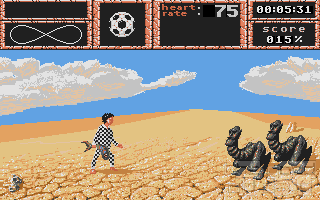