The Legend of Zelda
for NES 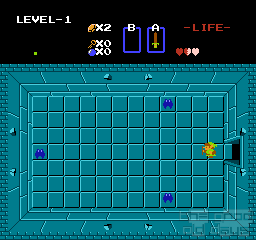 You thought we were too nerdy, and would say this is too much of a mainstream game for us, didn't you? Well, we may be, but still it's one of the most important console adventure/RPG games, mostly because it created a brand new genre which, sadly, is nearly dead.

The problem is that, this being the first of it's kind, this game is still unrefined, starting with the overuse of dungeons. For my taste the Zelda series overuses dungeons, which usually are kind of repetitive. Still, the game is fun, but would do better with more exploration.

Yet that's not the one thing making this game memorable. That would go to a small idea, opening new ways with items. It's quite simple in all it's examples, may it be breaking walls with bombs, crossing water gaps with the ladder or just improving your pushing strength with the bracelets.

Still, it wasn't a thing you would see on a console game when this came. But of course the game didn't get to become famous just for that, it's the simplicity and fun of the game, you can't forget this is also an action game, fast to play and quick to learn, and with that feeling of openness, even if you end finding out the game is completely linear, thanks to those damned dungeons.

Well, we get back at it. The dungeons, the bones of the game. Getting into a hole to explore the dark place until you reach the boss, and then beating it (usually with the help of the item hidden on his dungeon) to get another piece of the magical triforce, which for some reason is needed to beat the bad guy.

That can be fun. That could be fun if there were not as many dungeons, or if they were more kinds of them, instead of just an underground set of identical rooms. Looks like they made them all using a make-your-hole-in-the-ground kit.

But if you can forgive that it was a nice game. And if you can't, well, I understand you, after all some of the games on this series that would follow surpass this one widely.

Oh man, What a game. Sure it's dated, But Miyamoto's imagination was just to big for technical limitations of the time, (as evident by the fact that he is still creating fresh ideas for modern game play)

I am the same age as this game (1986) so I don't actually remember my first time playing it. it's just always been there. And I've been enthralled as long as i can remember. The physical map you got with the game, and the backstory in the game booklet, led to an explorers mindset while playing the game. It had rich, vibrant colours, as well as dull muted ones. a stunning mix for the system, when used properly, which The Legend of Zelda did.
I still have my fathers original cart from '87 (US release date) and I have since purchased the second release gold cart. Not everyone will enjoy going back to the first game, but I do. Every time.

When did you first see/play this game? I don't remember, but it was a while back.
How would you rate its plot, gameplay and graphics?
Plot: SAVE PRINCESS. GO 10/10
Gameplay: You go around swinging your sword and completing dungeons. It's pretty fun. 9/10
Graphics: By modern standards? 1/10. But back then it was 10/10
What other games would you compare it to? No games from the time were ANYTHING like this.

The good Zelda games are the SNES one, the two oracle games and Windwaker for Gamecube. I didn't like the last one's style at first, but it may be the only cell shaded game I've seen that actually makes all look like it's all drawn, also it has fun dungeons. The only problem is that Windwaker has some big fillers to make the game longer, such as fishing triforce pieces all around the sea.

Still, the Zelda games probably where surpassed by their clones, like Soleil, Landstalker and Story of Thor, all of them for Genesis/Megadrive. Just that Nintendo didn't allow the Zelda games to be forgotten.

Well, now I think of it, they are all more like spiritual sucessors than clones. Still, this kind of isometric console adventure is a forgotten genre, probably is too much work for what the industry is used to, with all that openness (even if it's usually very limited), and getting new powers/tools as the game advances instead of having it all from start.

Mr Creosote:
Too mainstream? I simply don't care, because this game incluenced nothing worthwhile - unimportant to the extreme 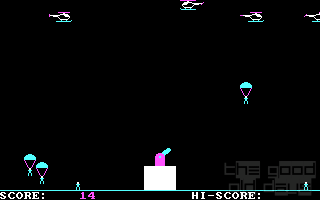