The Atari VCS was the first really widespread game console for home users with exchangable media - i.e. there wasn't a game built-in, but the kids could just walk into a store and buy a new cartridge to play. Might not sound like much, but in the late 70s, that concept wasn't really known to the general public. It was the VCS which really built this market in the first place, and it enabled people to finally play many of the arcade hits at home (and for a much cheaper price).

Hardware-wise, the system never really had much to show off with. The only interesting thing about it were its controllers. Apart from the (rather iconic) joysticks, there were trackballs, a keypad and, of course, the famous 'paddles'. Only recently have game companies rediscovered some innovation concerning control methods - Atari already knew that another controller can make a game a lot better back then. Interestingly, the 9-pin connector of the VCS' controllers were the same ones used in many later home systems, like for example the C64, the Amiga and the Mega Drive. Ever wanted to play on your VCS using a six-button-gamepad? No problem at all! Not that most of the buttons do anything, of course.

In the early 80s, the system still seemed pretty much invulnerable. A cash-cow if there ever was one. However, a first shadow was emerging when Atari released the successor console, the Atari 5200, to the public. Nobody wanted this upgraded version, but people continued to buy the 2600 (as the VCS was called by then) instead. On the software front, total megalomania took over with extremely crappy games like the infamous E.T. being produced in millions. The big period of hype was over in a blast, and many unsold cartridges were buried in a landfill later.

However, the 2600 lived on, in spite of being overtaken several times technologically already. The hardware was actually produced until the early 90s (!), and even though the supply of new games was slowly waning, there were still quite a few ports of games released primarily for other systems. Looking at those games for the 2600 released in the late 80s, though, one can't really see them as much more as a sad reminder how this system had existed well beyond its natural lifespan: While users of other system were already enjoying complex games with lots and lots of pixels and colours, the 2600 was still stuck with the likes of Frogger (concerning complexity), or ports with greatly reduced gameplay and the blocky graphics of the 70s.

When you read the reviews of the games made for this system, keep in mind that this was really a totally different era of gaming. It would be silly to complain about the graphics or the simplicity in every single review. Single-screen arcade-type games were the norm then. As for the ratings, they have to be interpreted with a lower expectance of longevity or variety than usual.

That is not to say there isn't a reason anyone should play these games. There are gems to be found for the 2600 which are great fun even today, and many, many more games are just simple and quick fun for the lunch break. So whether you're taking a trip down memory lane or discovering the history of video gaming only now - it can be a thrilling ride. 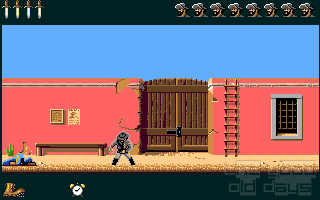