One of those cases where they couldn't keep a standard name. Known as Genesis on the USA, and as Mega Drive everywhere else this console competed against Nintendo's SuperNES, offering a darker palette and more action games.

Still, it wasn't enough. Just like its competitor this console went down the add-ons paths, becoming one of the first CD consoles thanks to the Mega-CD, and offering some nearly forgotten attempts to avoid becoming obsolete like the 32X.

In the end, it was one of the hallmarks of videoconsoles, but also marked the end of cartridge games, which SEGA would change for CDs on their next, and failed, console. 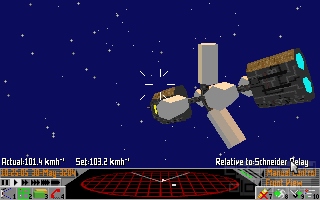