3 Ninjas Kick Back
for Mega Drive 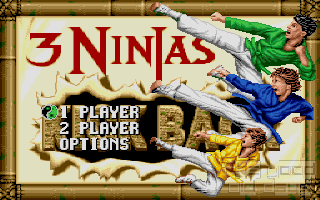 The Mega Drive was filled with many memorable titles ranging from Sonic the Hedgehog to Streets of Rage, though 3 Ninjas Kick Back can be considered one of the more forgettable experiences you will probably have on the Mega Drive console.

You begin with the choice of three characters, all of whom are from the movie the game is based on, each come with their own unique weapons that include a bo, a katana, and twin swords. The enemies you encounter are pretty generic, ranging from dogs to ninjas, and the boss fights are not practically challenging though they can be cheap at times.

The downside to the game is that each character, besides their weapons, play identically to each other, they possess the same speed, power, and jumping distance. The game consists of 5 levels, which are segmented into smaller parts, and can be generally frustrating at times to locate the exit. Though, once you get the gist of it, the game can be completed in a little over a half an hour. Overall, the soundtrack of the game is it’s only redeeming quality, as it sounds as good as some of the better Mega Drive titles.

3 Ninjas Kick Back is one of those games that is better to be forgotten, as with most movie based titles, its re-release on the Sega CD didn't help it much either. The game is considered an average platformer at best, which should be considered a miracle considering the movie sucked, there is practically no incentive to begin playing, but when you actually manage to boot the game up, you will be wanting to put the controller down in no time due to the games awkward level designs, cheap bosses and its poor detection system that somehow becomes unresponsive at times when it matters. 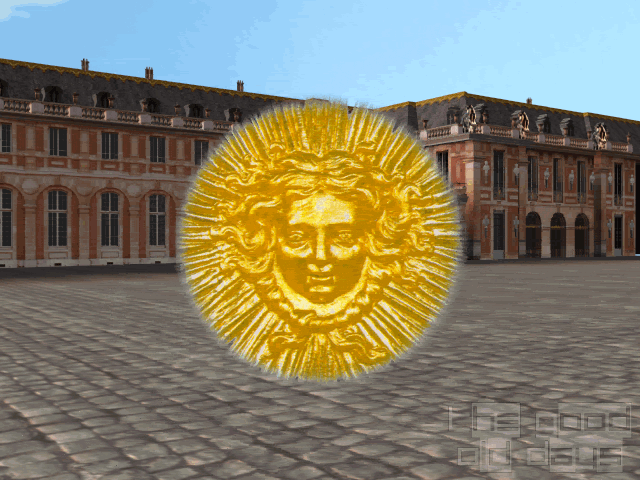