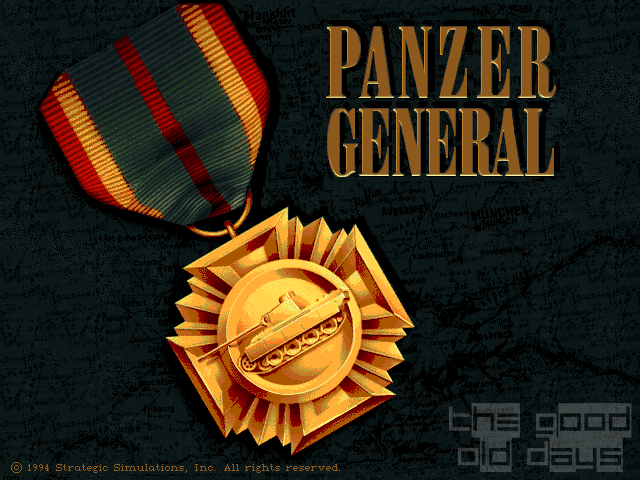 A classic of turn-based strategy games which became the basis for a long series of similar games. But none of them could match the quality of the original.

You can surely question to take World War II as the background for a game but that´s not going to be discussed in this review. Instead let´s move on o the game itself: The player, a high-ranking general, takes control either of the Allied or Axis forces. There are single scenarios and whole campaigns which mostly are based on historical battles.

The battlefield is divided into hexagons. The player has a certain number of units which occupy one hex (only land and air units can be in the same hex). In each scenario you have a limited amount of turns to either seize or defend several cities. To achieve this you have to use your own units very efficiently. They greatly differ in their characteristics and ranges; in common they have their ability to move and attack (or vice versa) once per turn, but even to this there are some exceptions.

This variety is a strong point of the game which can be seen in different factors. For example each country has its unique units with characteristic strengths and weaknesses. Even technical advances were implemented thoroughly: all the time new developments are introduced and older vehicles taken out of service. Furthermore there are different categories of units like tanks, infantry, artillery, bombers, anti-aircraft and more. In each category different models with again varying abilities are listed. Sounds confusing, but you´ll quickly find out which unit to use for what.

The fights go like that: Every undamaged unit normally has 10 “energy points”. Before the attack you can view an estimation of losses for each side. When you decide to attack nonetheless the losses are calculated where besides the unit types also the battelfield itself (city, open land...) and a certain random factor come into play which make some battles quite unforeseeable. A unit is very unlikely to be destroyed in a single battle so an efficient coordination of friendly units is necessary.

On the battlefield you need to do more than simply charge into the enemy lines. Apart from limited time you have to deal with rough terrain like mountains or rivers and optionable weather and fuel supply. And if that ain´t enough the player has to manage his finances which are represented by “prestige”. You get it mostly by conquering cities, especially the mission objectives. You can spend it for buying new or repairing old units.

A deliberate finance management is especially in the most interesting mode, the campaigns, necessary, because the player has to build a strong army from scratch and expand it during the war. Sometimes he´s supported by additional units. Experience is also an important factor in campaigns. It slowly grows as the unit survives the battles and greatly enhances effectiveness of this unit. So when repairing such a unit, the “General” has to decide whether to buy cheap but unexperienced reinforcements or elite reinforcements which don´t reduce the experience level. It´s the same when upgrading older units to recent models.

The campaigns are not fully preset from the beginning but rather influenced by your own success (or lack of). There are three different victory conditions: Quickly meeting the objectives (“Major Victory”), meeting them just before time runs out (“Minor Victory”) and utter failure. Depending on the success of the previous mission you´re assigned a new one - and of course here the game often leaves the “historical path”.

Panzer General has numerous convincing aspects: a very well made unit and battle mode, the quite big size and interesting campaigns. The computer player is especially in higher levels an enemy not to be taken too lightly. A hot-seat two-player mode, very detailed graphics and many different options round this game up.

h:
gooooood
Umfufu:
Panzer general and Allied general are by no doubt the BEST strategy games out there even tho they were releases almost 10 years ago!
satay:
sad
Dirk Wouters:
Panzer General is one of the best games ever! I have been playing PG since 1995 and it's still one of my favorites. Panzer General II is also great, but the original game remaines the best. So if you like a realistic strategy game, you should download this game.
Tapuak:
Feel free to share anything about Panzer General (1994) here!
[Reply] 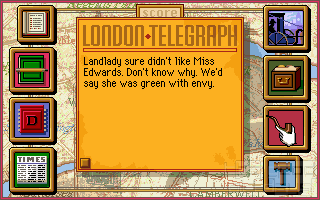