Thanks to the bad guy coming back from the hell for hellish things or wherever he was, the realm of the ghouls is in danger. In DANGER! And you know what that means: kill anything that moves while you go randomly from a place to another.

Ok, four kinds of fireballs, not several. But as if it matters, just two of them have any special power, the others are the weak shot and the powerful shot. And the two specials aren't too impressive, one breaks boulders and the other is a glue that allows you to grab onto spikes.

I didn't say you can grab walls? Then let me tell you that you can grab walls. It may sound like a small thing but if it's well applied to the game all gets better. In this case, you can fly, and you can grab walls to rest your wings, so you end having a platformer where walls can be as important as platforms.

Once told that, there is nothing left. Yes, the game tries to be some kind of platform RPG, or something like the Metroid games at least, making you find powerups, and having these vials you exchange for lives. But not that it matters much, it never gets too far on these extravagant ideas, not even with the nuisance of random battles while roaming the map.

It ends being a mishmash, but don't care, this is just a platformer, a nice one. But could have been better.

Now, just a little thing you will notice when playing, the story is at times silly, and the other times it's an indecipherable mess. I know there are several problems when translating from japanese, but sometimes it looks as if Nintendo didn't even try.

I love this game, allthough ists in the alltime-list of games I never finished. Maybe I' just dumb, but I thought it to be extremely tough to beat. Well, actually most Gameboy Jump and Runs of those days fit to that category, mostly to stretch the lack of content.

I never heard of the name "Red Arremer". In wich countries was is called like this? Isn't "Gargoyles Quest" the more common title? 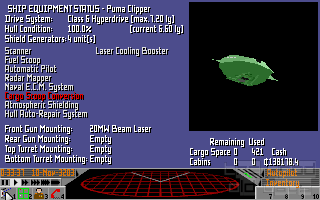