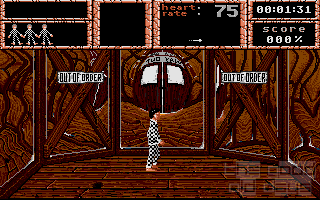 The name speaks for itself. This one-of-a-kind game features utterly morbid visions of a man named Steve undergoing a surgical operation. While the doctors are struggling to fix his hallucinating brain, he must also fight for his life in this strange, uncanny world of personal subconscious, seasoned with a multitude of phantasmagoric absurdities, which though are equally absurd as extremely hostile. But the really bad news is, is that it all seems to depend solely on your own progress, and if you fail to accomplish your mission down here, it will certainly mean your death up there. Your life now is completely in your own hands. So, no time to fake it, you better make it! Or else… *flatline sound*.

At first I thought this game is really about a near-death trip of a terminally ill patient, suffering from either some terrible disease or a serious injury. The humble truth is, it's not, while it would actually make a whole lot better story. The actual storyline has it there's a demon called Zelloripus who's been causing you night terrors that wouldn't end, but instead become increasingly more vivid and realistic, and it's not unless you find 4 mysterious orbs (while in a dream) that you can free yourself from his grip. There is, in fact, more to this story and there was actually a novella included with the game, but it's too long to provide here and honestly it doesn't even make a lot of sense. So let's just dispense with this one guy undergoing brain surgery and having to save himself from a permanent irrevocable madness. There's only one question left though: why the hell would he need a lobotomy anyway?! Just because he's ignorant of his true condition? Again, lame script, you gotta admit it, folks. He would've been so much better off hit by a truck instead.

Aside from PC, the game was ported to Amiga, Atari ST and Commodore 64, where the latter's version has actually impressed me a bit. It's pretty close to foregoing 3 platforms graphically speaking, but its major advantage is apparently better playability. It does seem to be friendlier gameplay-wise, while the remaining superior platforms are as usual of equal complexity and quality, excluding some minor audio differences, where Amiga is traditionally triumphant. Now, the graphics here are really superb and in-game scenery is unusually variegated and spectacular, especially for 1989 (PC), when VGA was still a bit of luxurious rarity, albeit introduced in 1987. Speaking of which, do you really know what the very first VGA game was? I personally have no clue and neither could I find any information regarding such. Besides VGA the game also supports EGA and CGA, and I was particularly in favor of such products back in the days when my machine was confined to CGA adapter, but for 1989 such consideration was only a natural thing I suppose.

This is a rare combination of action & adventure, and while it may appear inviting, it becomes much less so when you actually attempt to play it. You get confused as soon as the game starts, when you find yourself in a giant candy floss machine, where the first challenge is to actually realize what it is and what to do next. No, it's not just about grabbing onto the stick (while avoiding getting struck by it) and bust out. Not quite. First you must collect enough cotton candy (to use against the giant wasp on another level), which just sticks to you as it swirls around, but unfortunately you aren't aware of it just yet. Yes, it's actually one of those games where you don't know what you're doing until you just die, and that makes it a fairly unpleasant journey. Sometimes the difficulty lies in the proper application of some actions, even if technically you're doing the right thing. For instance, you can't kill something if not close enough (or too close, which often kills YOU instead) or simply not using the right swing.

While this game is supposed to be totally weird and psychedelic, I can't say its style and theme are something totally unprecedented. It's abound with elements of popular culture where every bit of it echoes with classic american horror vogue that featured in virtually every type of media, and which would invariably include sinister carnival music, mischievous clowns, psycho maniacs with split personality disorder, graphic violence and gore, lunatic asylums and disfigured humanoid masses a-la Hellraiser. Weird Dreams partakes heavily of that common trend, which has obviously gone a little trite nowadays, but in 1989 it was still quite afoot, and as a computer game it really is one of a kind, as I personally can't recall anything equally as bizarre except, perhaps, Monty Python's Flying Circus, which is a whole other story anyway.

Apart from being weird though, this game is openly sadistic. Here absolutely everything seeks to hurt and maim you in a rich variety of ways while often looking harmless and cute, which, I presume, is the 'house special' of the game creators to double the psychological impact. Giant housewife wasps, flowers, little innocent girls playing balls – none of it is really what it seems. Some denizens of this wonderland are nothing you could immediately identify, such as chicken legged totem poles in the desert, who seem to be the 'weird' sentinels watching out for uninvited visitors and taking immense pleasure in headbutting them. Some things are explicitly violent, and I guess some of the puzzles in this game were made specifically for you to lose and see what happens, like if you stay too long in the screen with predatory rosebushes and get shred into pieces by a suddenly coming self-driven lawnmower. Quite a view, if you ask me.

The game is creepy, confusing and definitely not for people who expect a nice walk in the park while gawking at fun stuff. It requires hard work, patience and a little brain power, too.

Luckily for some, there is a secret way of getting infinite lives in this game, which, something tells me, you will need. Do the following: 1) Get to the room with mirrors, 2) Approach the right mirror as closely as possible without actually plunging into it and leaving the screen, 3) Type SOS morse code using your numeric pad's plus button, that is, 3 short taps, 3 longer taps and another 3 short ones. Not too slow, not too fast. If done correctly your lives will all disappear and a big infinity symbol will be displayed instead. Have fun!

That's supposed to be pyjamas

Herr M.:
Even with the mentioned shortcomings this looks and sounds like an incredibly cool game… especially the suit!

Goes right on my "Must Give A Try!"-list
Moebius:
My guess is, mobygames made a mistake and Wiki somehow incorporated it. Although the former doesn't really say which version it is, and wiki editors decided it's PC for some reason, while if anything it indeed should be the last on the list. I think that alone is enough to dismiss it. Don't forget, Wiki is maintained by ordinary people mostly, and not someone who can take responsibility for inaccurate entries. Every other source says it's 1989, so i think it's best to join the herd on this particular matter.
Mr Creosote:
Weird indeed. I would be tempted to question the independence of these two sources (Wikipedia/Mobygames), but I also don't have definite proof of the opposite.
Moebius:

Yes, mobygames confirms it, BUT... it doesn't really say which platform it is, it only shows 1988 in a combined view but if you switch between platforms you will get 1989:

Mr Creosote:
Apart from Wikipedia, is there any indication that this one was actually released in 1988? There seems to be zero press coverage from the time and several reviews even hint at the ST version being the first one released whereas some articles mentioning the PC version call it a port (making it impossible to be published before the others).
Moebius:
Feel free to share anything about Weird Dreams (1989) here!
[Reply] 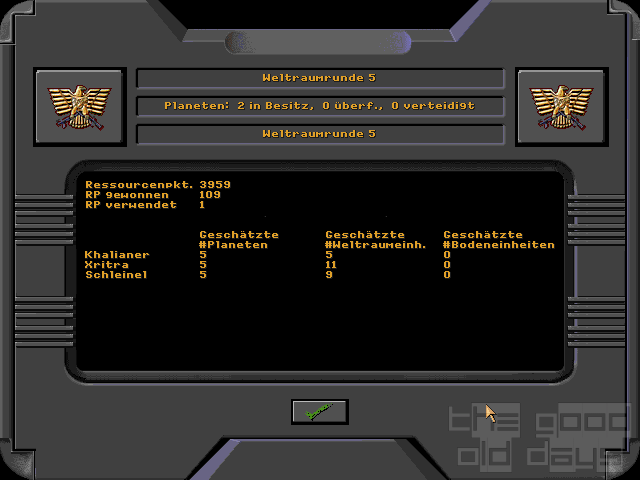