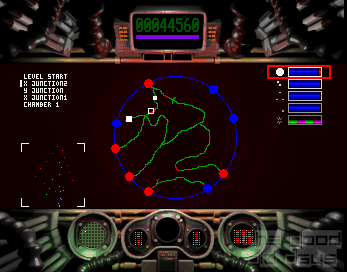 As Commodore went bankrupt, it wasn't just them, but there was a whole industry linked to the Amiga which now feared for its existence. Games magazines, whose independence had always been in question anyway (I swear, one day I'm going to write something dedicated to this subject), reacted with defiance. Of course it couldn't be over! So every new game was celebrated… especially if it was a release backed by major marketing power. 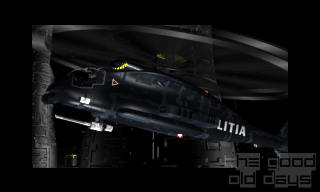 Let's not talk about the game, but… its intro!

Which brings us to Microcosm. Much of the press called it the best new thing since sliced bread. Much of the British press stressed how much greater this Amiga version was than the original release for the FM Towns, but without ever qualifying how or why. It was declared the big killer application of the CD32 (how would that have worked, being widely available across many platforms?). One German magazine went on a rant how now more such games would need to be released for the CD32 to grab more marketshare before Nintendo and Sega would come out with their new consoles. All of these reviews had one thing in common: they hardly talked about the actual game at all.

On a more legitimate note, this release indeed did show that money was still being invested. It nevertheless didn't turn out well anyway for the Amiga in the end, as we know now. In fact, rumor has it that Microcosm was indeed originally intended to be an Amiga killer application of sorts – for the ill-fated CDTV. It was shelved at the time for obvious reasons. Between those concept times, the FM Towns release and finally the CD32 version, the only substantial change was the switch from first person to third person perspective (you see your ship from the back). How that was supposed to have updated the “dull” or “pretty awful” (quotes from those reviews) original to “what a game!” status remains a mystery. Oh, and where the CDTV would probably only have had 16 simultanous colours, this one uses a theoretical 256 – although everything's still sort of tinted in one colour at a time. 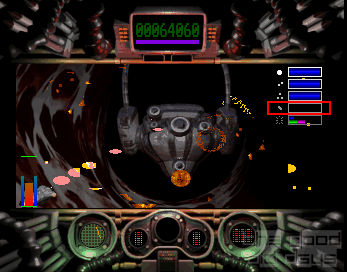 Woah, hold your horses there! Ship? Yes, OK, I'll catch you up. This is basically Fantastic Voyage (which, incidentally, was ported to the CDTV!) in a 3D perspective. You control some miniaturised ship (and sometimes a guy in a protective suit) through a random bloke's body, where you encounter weird dangers (not all of biological origin), including (relatively speaking) large boss robots (!). Using your not-so-varied weaponry, you blast them away.

Or, actually, most of them can just be avoided. A good idea, because as usual in this genre, the pseudo perspective does not lend itself particularly well to sensible aiming. There is no real depth in those bitmap sprites which are just zoomed in and out (Wing Commander style) to create the illusion of depth. A technique which may work with objects which the player has some sort of intuitive visual concept of, but which mostly fails when it comes to weird shapes representing… well, whatever they are.

Since the ship (or… oh screw that, you know what I mean) is completely self-propelled, you're only controlling it in two dimensions. This also allows you to choose one of two or three branches of the path from time to time (nicely enough annouced through the speakers, as it often only becomes visually apparent when it's already too late). Each level is built as a small, branching maze. Take the wrong turns and you may even find yourself in a loop, fighting the same enemies all over again. A systematic sweep, supported by the sensible map, will always get you to the boss sooner or later, however. 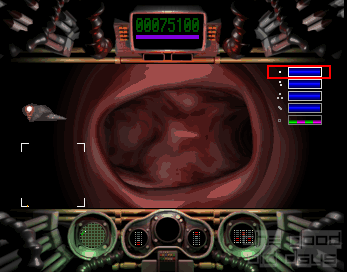 All this enables the pre-rendered graphics to be played at constant speed. Admittedly, the gliding effects are very smooth and some textures were indeed very impressive at the time (though the same cannot be said even remotely about the sad regular enemy sprites). There is no jump or lag even when you're jumping from one video stream to another (by choosing a branch). Though as usual with these early render games, the interaction is extremely slim – I've already described it exhaustively – and not particularly well executed. It becomes dull extremely fast, even for those who happen to like such ultra-simplistic shooters (in case the rumor that those people exist happens to be true).

It has to be admitted that at least Microcosm was one of the few real CD-only productions on the CD32, a console mostly swamped with straight floppy ports of questionable usefulness (like Fantastic Voyage…). Just that there isn't a single one of those real or imagined CD killer applications which doesn't suck in retrospect, now that the novelty of shiny graphics, booming sounds and ten-minute introductory sequences has worn off. Come on, prove me wrong! Deep within your heart, you know it's true! And you know what? By blowing off all that steam about those stupid reviewers, I now joined them by doing the very thing I've been criticising. 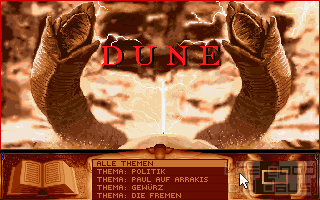