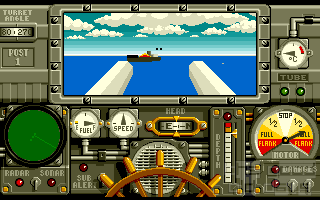 Simulating a complete fleet is hard. Unless you make the player a fleet commander, but then, your game turns into a tactical one. If you're trying to stay within the simulation genre, you better… 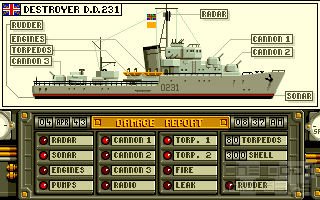 Advanced Destroyer Simulator avoids this issue altogether and it creates an almost paradoxical historical situation in the process. The player takes control over a British destroyer in the 2nd World War. A lone destroyer, regularly facing off against enemy forces in superior numbers. What may be somehow imaginable in the Mediterranean (where the British faced the powerful Italian fleet) becomes almost absurd in the English Channel or the North Sea (where the British had the clear superiority at least above the surface).

An observation which may seem nitpicky, but it sets the tone for things to come. What we have here is a lightweight simulation which, at times, plays more like Wing Commander than Silent Service: an effective trigger finger on the four cannons is usually even more valuable than the simple tactical plans one might take to win the missions.

Most missions consist of patrolling or ambushing. So the winning tactic would be avoiding major dangers, separating enemy fleet members from each other and taking them out one by one: combined forces of enemy destroyers and submarines are virtually unbeatable. Only few missions move away from this standard formula, most notably convoy defense tasks, but at least they exist at all.

Some difficulty parameters being adjustable, such as unlimited ammo and torpedos or enemies being displayed on the map even before they enter the ship's radar range (which, given that their movements are pre-scripted per mission, simply saves the player the first few attempts which would otherwise be used to find out exactly those movements), keep things mostly manageable, i.e. the difficulty at a moderate level. Nevertheless, a single unfortunate encounter can always mean the end – so it's good that the missions are generally not deeply multi-staged.

ADS isn't a bad game. Graphics, controls and missions are all quite solid and it provides fun for some time. Its main issue is a conceptual limitation: a destroyer's possible uses are comparatively bland. Submarines offer a multitude of additional tactical approaches to the same situation, where destroyers usually only have one choice. If this were a submarine simulation, the initial situation of being alone against everybody would also make much more sense. There are many more submarine simulations on the market than destroyer simulators. And here we have the reason illustrated. 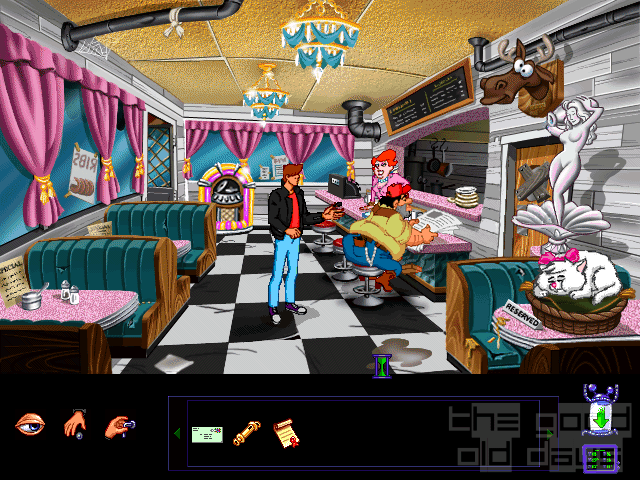