Zombies Ate My Neighbors
for SNES 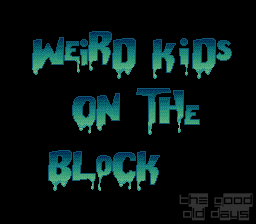 'Zombies ate my Neighbours' is one of those classic frenzied shoot-em-ups. Gameplay and perspective very much remind of 'Chaos Engine', which is of almost the same age and which can be found in the PC section. You move your character freely (not just from left to right) through the levels and get rid of countless enemies.
They are, as implied by the name of the game, undead creatures. Well, at least many of them as especially in the latter stages the ordinary zombies are more and more replaced by everything you can call 'monster': mummies, werewolves, giant ants and so on.
Your task (alone or with a friend) is to fight your way through zombie-infested levels and to safe innocent people before they are eaten (or whatever zombies do with them). You have to 'collect' at least 1 of them per level or it?s 'Game Over!'. When successful an exit appears to finish the level. A small radar map helps by showing the locations of the people.
To finish off the monsters (who mostly appear out of the ground) you can choose from a variety of weapons which, after having found them, can be further improved by collecting certain items. The weapons range from the dreaded water pistol, plates, fire extinguishers and cola cans to lawn mowers and bazookas. They have varying effects on different types of monsters; ammo is limited but can be found in sufficient numbers.
Other power-ups are sometimes very useful, too. The first-aid-kit replenishes energy, inflatable clowns distract the undead hordes and a certain potion turns the player himself (herself respectively) into a monster - due to your special powers you may now hunt down the zombies, just like Pac Man.
The sceneries in 'Zombies ate my Neighbours' are changing quickly: it all starts in your neighbour?s suburban gardens and continues into more exotic surroundings like pyramids, dungeons, old castles etc. The level layout is sometimes quite clear, sometimes more like a maze, but they always have a reasonable size. Small riddles like 'find the hidden passage' don't appear too often. The level design is convincing but basically always the same.
You can't change the degree of difficulty. The game gets harder and harder quite slowly so you're able to adapt to this. Every four levels you get a password to continue from there - not too often I'd say. Thankfully you can save your game in the emulator!
There are no unfair parts in this game which you can often find in other shooters. But sometimes you get into trouble when trying to switch to the appropriate weapon for the attacker. Zombies can run really fast when they have picked up your scent!

All in all it's a game you won't have many problems with and which can be solved pretty quickly. It's most fun when playing with a friend! 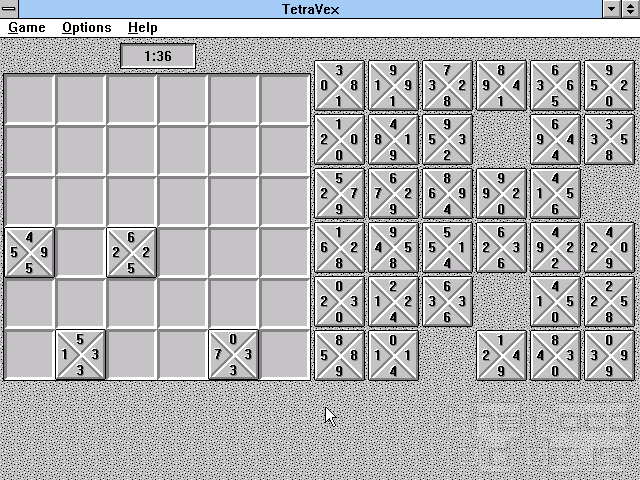