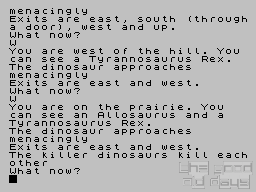 Level 9 had quickly established itself as a major force to be reckoned with on the adventure games market. Their port of the original Adventure wasn't only squeezed onto various home computers already old-ish at the time, but they even added several new areas to the game. To rub their technical mastery in even further, their games were released on tape format, meaning they had to run completely from each machine's memory. By comparison, out of the two big American competitors, Infocom didn't do tapes and Adventure International's games could most certainly not compete in size and complexity.

After further games in the sword & sorcery fantasy genre and another trilogy of science fiction-themed games, Lords of Time became their first game not written by one of the company founders. In fact, they had had a chance at a huge licence. Dr. Who, the longest running science fiction TV series in history, and hugely popular in their home market, had been just within reach. Timelords was in design, but restrictions on the licence usage (“the doctor cannot kill”, “the doctor cannot die” etc.) finally brought the deal to a fail. The game was renamed and released with no explicit trademarked contents.

The plot concerns a hapless computer programmer who, on behalf of Father Time, shall stop the evil Timelords (sound familiar?) from wreaking havoc in the timestream. Nine artefacts, combined, could stop them, but they have been scattered in different historical periods. With the help of a grandfather clock (not a police box, sorry), the protagonist can visit those “places”, encountering a number of anachronisms waiting to be set right.

Genre fans, of course, must have thought of On-Line's Time Zone which had been released just the year before and followed a virtually identical premise. It had been advertised as the largest adventure game ever created and almost drove its publisher out of business, never even coming close to making the money back it cost to be developed.

As expected from Level 9, Lords of Time is fairly big by the standards of its time as well. The nine visitable areas are well fleshed-out, each spanning a map which some other companies may have sold as a full game. Not quite the same amount of puzzles or objects, maybe, but overall, this makes for a nicely long play time.

More importantly, the game does not boast size for the sake of itself. Each location serves a gameplay purpose. There are no “dead” areas solely to increase search space. Challenge comes from the puzzles themselves, i.e. the everlasting genre question how to cross that river, what object to misuse in an essentially unintended way to achieve something original etc. In that respect, the game does well, keeping a fine balance between being not too obvious and not too obscure. Yes, you will need to DIG GROUND (twice!), but you'll know when and where.

A small disappointment comes with the realization that indeed, most of the nine periods to visit are in fact their own self-contained mini adventure. Only very rarely, an object from another period is needed. And even when, if you have followed the obvious order (strongly suggested by the game), everything will be readily available once needed. Since location of the time periods is mostly unspecific and anyway seems to change, there are no time-spanning puzzles to be found, for example where the player would change something in one period to trigger an effect in another. While this helps solvability immensely by reducing the complexity, it is a wasted opportunity to really make the theme define the gameplay.

Writing-wise, within the frame of the few words used, Lords of Time is quite effective setting the scene and bringing each scenario come to life. The brevity helps identifying quickly what's relevant and what isn't, putting focus on the puzzle challenge. Global plotting is rather reduced to framing at the beginning and the end. Which is not to say there is nothing to be seen in between – especially some delightfully weird characters pop up throughout the course of the game. It's not exactly stringent storytelling, but it entertains.

All that said, Lords of Time is one of the highlights of Level 9's first phase. To those who want to re-live or learn what adventuring was all about in the early 1980s, but without too much frustration about awful parsers and awful puzzles, this one should be prime choice. Though admittedly, there is little reason to go for the original, when the 1988 re-make on 16-bit home computers like the Atari ST or the Amiga improves a number of things. Still, this is where it all came from. 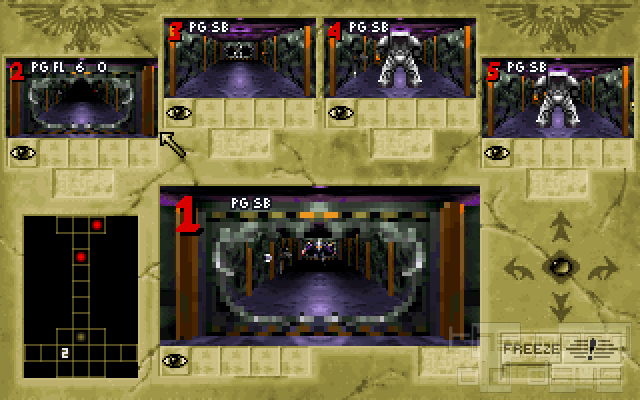