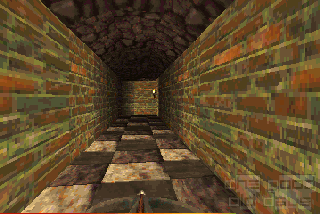 The abilities you make use of at first are of rather profane origin indeed. From a classic “ego-perspective”, you steer Kiarthan through execrated gardens, dark vaults, and finally the wizard's castle. The hunt for the crystal, being the first chapter of the game, is divided into seven segments, focusing on solving riddles. You collect objects, arrange them in your inventory, and use them at the right place to get on. Frequently, switches and levers you can open doors and activate machines with, play an important part. In most cases, the puzzles are self-explanatory and not too hard, as you carry few objects mostly, and only a strictly limited number of places is available simultaneously. Therefore, I consider the difficulty as outmost agreeable exactly for this reason – you won't get stuck at a certain situation for too long.

Desperabis deserves a special accolade because of his outstanding atmosphere. The gloomy corridors and vaults are depicted very neat, supported by appropriate sound effects. From grating doors, spitting torches, and nastily screaming monsters to thunderous tempests you will hear anything you have expected from a sinister, medieval game. The music surely fits, too, but I'm not a fan of ancient lute and choral sounds, to be honest. In constrast to that, the 3D perspective contributes to the intensive atmosphere with nice effects of light and shadow. Concerning the inhospitable mood, the game sometimes reminded me of classics like “Thief: Dark Project” or “Alone in the Dark”. Altogether, it's an impressing game that is extra fun to play because it's freeware. A huge praise to the programmer who managed to do all the game by himself!

Tapuak:
Feel free to share anything about Desperabis (2000) here!
[Reply] 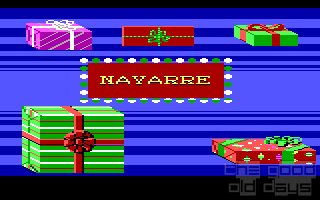