Crusader: No Remorse
for PC (DOS) 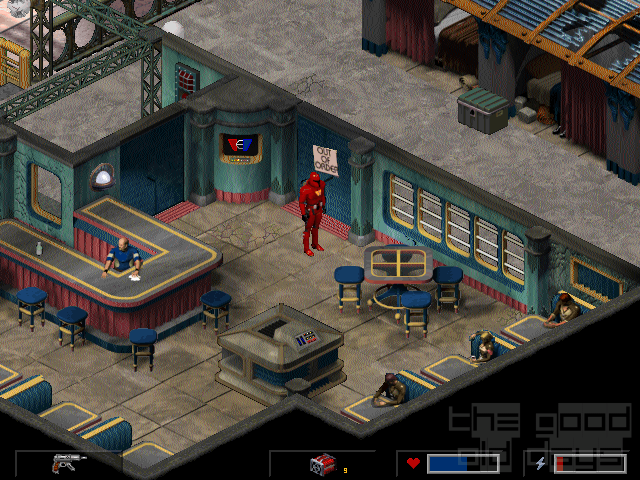 In the late 22nd century, the world has fallen into a dark age. Huge worldwide corporations are ruling with an iron fist. Personal freedom has been more or less abolished, order is kept by heavily armed military units roaming the streets. The protagonist is a member of an elite unit called 'Silencers'. After botching the assignment to kill a few unarmed civilians, they are ambushed a combat robot belonging to their own forces. Everybody but the protagonist is killed. Opening his eyes to the horrors of this regime, he joins the resistence.

So much for the unoriginal routine plot. In the course of the game, it is somehow fleshed out by short video cutscenes which show dialogues, but the characters are nothing but cardboard cutouts and everything always follows the usual cliches known from countless stupid Hollywood movies. Hardly worth the reviewer's attention. 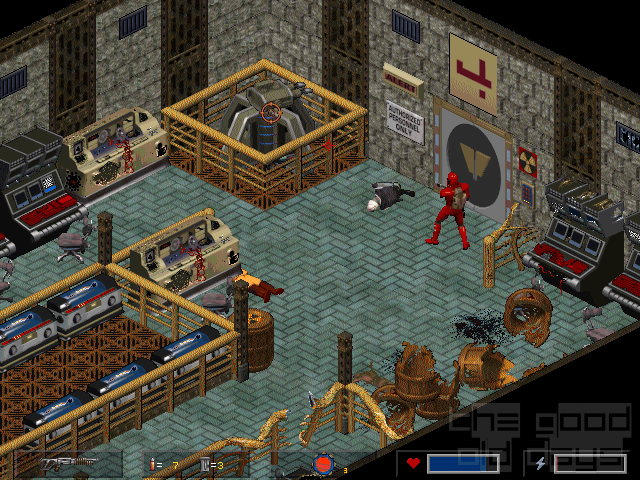 Crusader shines somewhere else instead. In the beginning days of all games being '3D shooters', it offers refreshingly classic, but also original action from isometric perspective. You're controlling the Silencer with a surprisingly well-working combination of mouse and keyboard commands. For example, turning is done with the mouse, the right mouse button makes him walk and the left one fires the weapon currently active. Drawing your gun, pushing buttons or using other item is done with the keyboard. There are many more moves and actions the Silencer can perform, but you should get the idea. Of course, there are also alternative controls methods offered, but this seems to be prefered by most.

The game begins in a run-down resistence camp. Here, you can talk to the other members to drive the story along, but also to buy better equipment, like weapons, bombs, mines, first-aid kits and so on. After that, the first mission begins. There are 15 missions on the whole, and they usually involve infiltrating some base of the evil guys. Sometimes, it's to get something from there, sometimes to destroy something, but basically, it's always going from entry point to escape point while staying alive - the task is fulfilled virtually automatically on the way. Then, it's back to the base, on to the next mission and so on.

The levels themselves are the most notable part. They're big. They don't just consist of several screens, but different floors and parts of the same building (everything always takes place indoors). You're 'lead' by the game in a very simple way: access restrictions. Lifts and also many security doors require special access cards which you have to find before being able to pass. Sometimes, you have have to 'hack' into computer systems or utilize other means (see for yourself) to get through an obstacle. In any case, the game makes sure you won't just skip parts and it even provides some mild non-action challenges on the way. 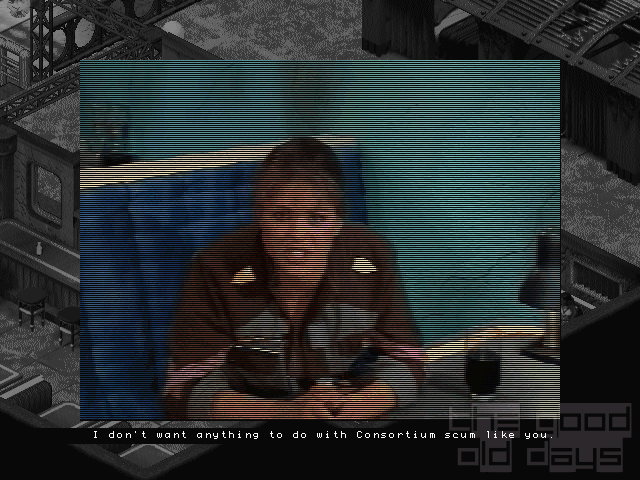 The design of the places you visit is very well-done. Offices look like offices, workshops look like workshops, there are people there who aren't security guards or military and whom you don't always have to shoot (but you can), but who might at least trigger the alarm system which calls in more enemies. In accordance to your former role as a Silencer, the best tactic is not just to barge in, but to go the sneaky route: hide behind corners, eliminate resistence before it can harm you and prevent anyone triggering the alarm. Sure, it won't always work, but that's the general idea.

What makes the killing spree more interesting in addition to that is the incorporation of the surroundings. There's guards standing next to a pressure tank? Blast the tank and they'll be gone all at once. On the other hand, if there's a crucial item near something explosive, you better aim well in order not to make it blow.

Crusader: No Remorse uses a graphical resolution of 640x480. That means you won't just have to have a video card supporting that resolution, but it's also very demanding to the CPU. My current 486DX2/66 has to struggle visibly if there are too many explosions on the screen. My previous computer of the same class ran it more smoothly, but still not perfect. So, I'd say this is the absolute minimum requirement to play the game. Something like a Pentium 90 is definitely recommended. Also, it won't even start if you don't have at least 8MB of RAM.

If your system can deliver that, you can't really go wrong with this game. Its attention to detail and the well-designed missions will result in some (positively) tense hours in front of the screen.

Mr Creosote:
They did. It's a variant of the same engine using a higher screen resolution. In fact, it's a very 'recycling-happy' series anyway as can be seen on the second part.
Wandrell:
The images makes me think in Ultima 8, maybe they used the same engine, or a variation, for both.
[Reply] 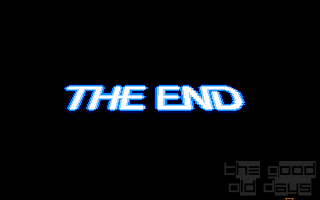