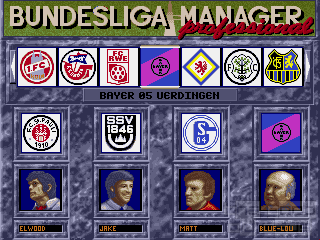 Visiting an old acquaintance... you probably know that, not having seen each other for a long time. Maybe you think back how it was. The good old days together... back then... you have lots of fun, it was wild times, fun times and so on. Now you're facing this old friend again - and... now what? Often, everything is different. Time has cut a rift you can't bridge anymore. You two have become alienated. That's a pity then. Then, there are the cases in which you stand face to face and it is almost like no day has passed at all.

Lately, I've visited my old acquaintance Bundesliga Manager Professional (released as The Manager abroad). A good friend from the early 90s. It has been quite some time, granted. Back then, the Bundesliga Manager series was the cream of the crop. Both graphically and conceptually, Software 2000 had raised the bar for the competition significantly.

The players have their individual strength, even up to having a 'strong foot' (or being good with both feet). The team lineup gives you the opportunity to position the players on the field relatively freely. Training can be tuned individually. There is a customizable stadium, merchandising, ads, three leagues (the German ones being replaced with their English counterparts in the English version), a cup, international competitions, newspaper stories - and finally a special highlight: animated scenes from the game. To make it short - all of this was completely unknown... back then. These days, the enthusiasm about the richness of details might sound a little strange. All of this is quite common, maybe you've even seen more - but the seminal game which came up with this just like that was the Bundesliga Manager series, especially the Professional part covered here.

Not so long ago - I wasn't even thinking about reviewing a game for an Abandonware site ever again - I ran good old BMP again. Not because of nostalgic feelings, but... because I really wanted to play a good football management game. I admit, I can't get into these newer games of the genre. Everything I like about such a game is in this one exactly. And for that, the makers of this game deserve a deep bow. 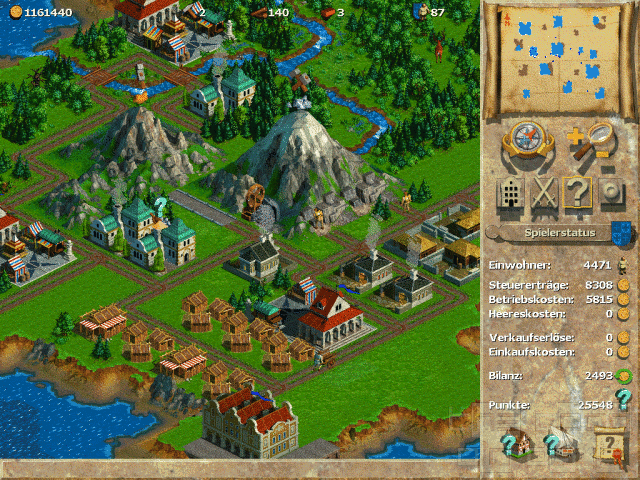