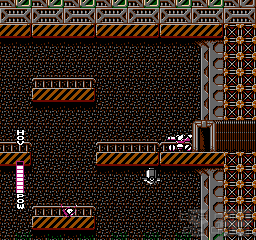 So you have a car that can shoot, jump and get upgrades to open new ways. Sounds great. And the map is big and branching? It starts to look familiar. Now you'll tell me... What? But it's linear and repetitive? Well, what a shame.

Because otherwise it would be a great game. Another Metroid or something similar at least. You know, exploring the underground labyrinth and finding new places to visit. Just that the upgrades that would help to do that are boring. Boring because they just serve to open the way to the next zone.

So it's all get into this zone, find the boss, kill him, take the upgrade and open the way to the next place to repeat. There is a bit of variety in each zone, of course, but it all ends being a shooter. You run in your car shooting, and you can get out of your car to shoot a bit more.

Well, getting out of the car is for exploring smaller labyrinths, where you may find the boss, or in the worse case ammunition, but it's not too impressive.

Ammunition? Yes, but just for special weapons. The gun when you are out of the car can be upgraded to reach further and do more damage, and the car can use a lightning to hit anything under you, or heat seeking missiles, or shoot three missiles in front of you.

Well, it's nice, and makes things easier. Not that anything outside the boss fights is hard, but well, could be worse. I don't know, the boss fights could be boring and repetitive. Wait a minute, they are. Ok, maybe it could have been better.

So is this all? Well, yes. It's a fun game while it last, the problem is that it won't last long. At first looks great, but gets dulls too fast. 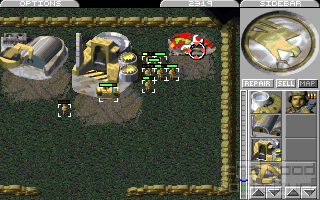