In the Dead of Night
for Amiga (OCS/ECS) 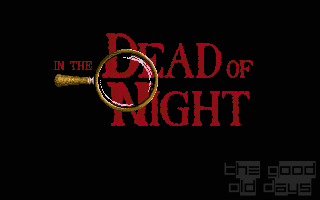 Tom Scool, a former private investigator who doesn't mind taking less honourable jobs if the money is right, has been hired by Sam Svarowsky, an un-gentlemanly collector, to retrieve a precious gem for him. This gem is in the possession of the actress Diana Stevens who is currently residing in a cut-off chalet in the mountains. All the important members of her next film project are there as well: the screenwriter, the director (who is also her husband), some members of the cast. In addition, the novelist Eric Wells has been invited - he wrote the thriller which the film should be based on. Svarovsky kidnaps him before he arrives, so that Tom can take his place at the chalet. He's supposed to get the safe combination and with that, the gem. It doesn't work out as planned. Shortly after Tom's arrival, Diana Stevens is murdered. Due to a storm having cut off the regular connection to the outer world, the police might be a bit slowed, but they'll surely arrive sooner or later. Not much time left for Tom to get the jewel and escape unrecognized...

Sounds like a promising approach. Especially the protagonist being a criminal himself and his motives being completely negative. He's walking on the edge of being uncovered as an imposter himself. And his prime subject is still finding that gem, and not the murderer.

The game's graphics look fresh as well. The locations are viewed from first-person perspective with close to no animations at all. The hand-drawn rooms and faces look really good, refreshingly different from what you'll usually see in computer games.

The user interface is a bit oversimplified with only very few verbs being available. That suits the overall level of the puzzles though: most are pretty standard (not to say unimaginative) and simple.

The biggest problem with In the Dead of Night is that the story doesn't completely work out as it promised. It develops way too quickly and thus, it's over quite quickly, too. The revelation of the murder mystery as well as the other subplots are everything but subtle. In one scene, you're still clueless, then you suddenly know everything. The makers should have been a bit surer about their own story there and fleshed it out more. That, together with something more quality in the puzzle department, would have made this game more than it is this way: a slightly above average Adventure.

Mr Creosote:
Feel free to share anything about In the Dead of Night (1994) here!
[Reply] 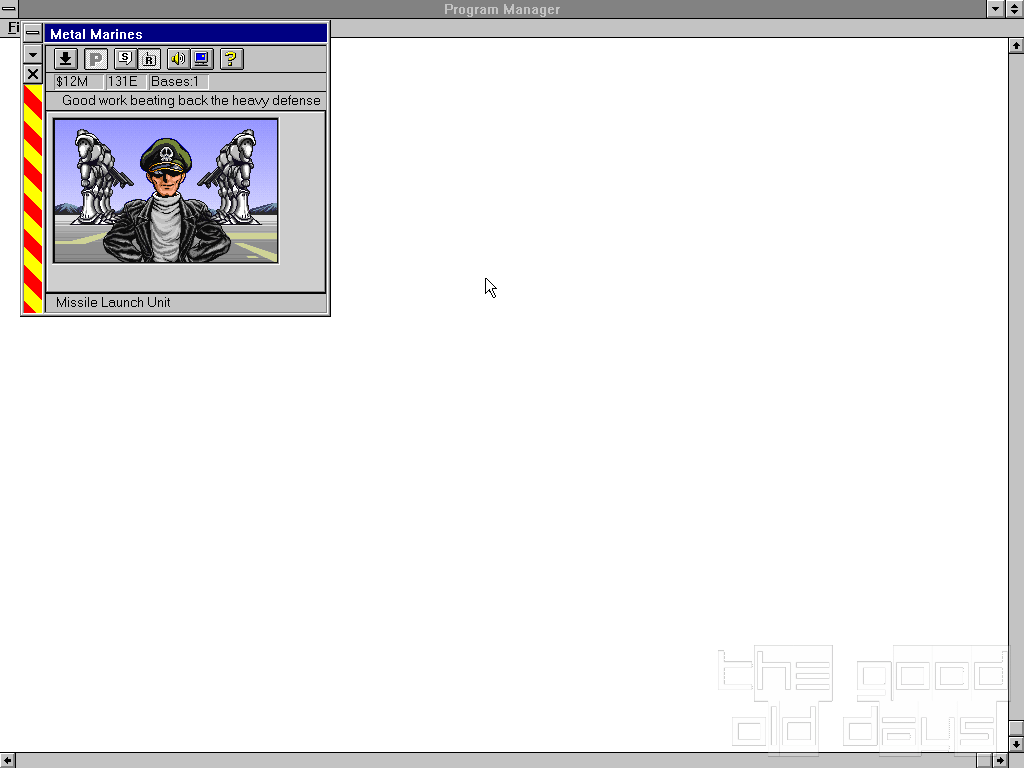