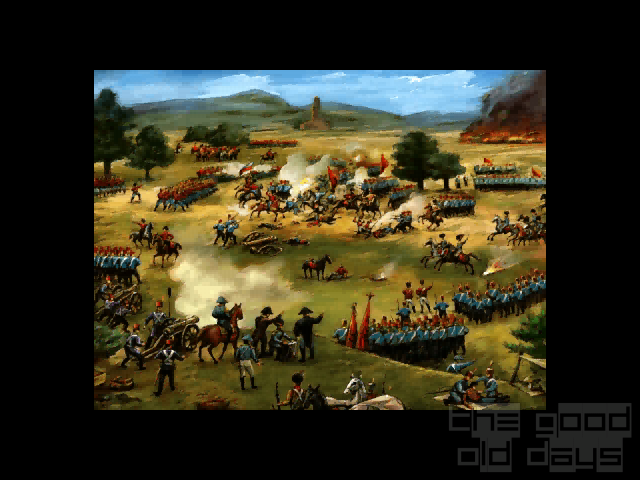 Europe in the 19th century: military superpowers trying to take over the world. Whether it is direct wars and takeover of land or acquisition of 'colonies' - these were troubled times.

In several scenarios (defined by their starting date, each representing a slightly different historical situation) or on a random map, the players each take over one of the 'relevant' (i.e. powerful) countries trying to achieve total world domination. The final step for this is to be elected by the one of the council meetings which occur on a regular basis.

Indirectly, the way to go is territorial expansion, of course. Armies can be trained and sent to other countries in order to take control. Alternatively, smaller countries can be taken over the diplomatic way: Building up good relations, they might agree to become colonies. 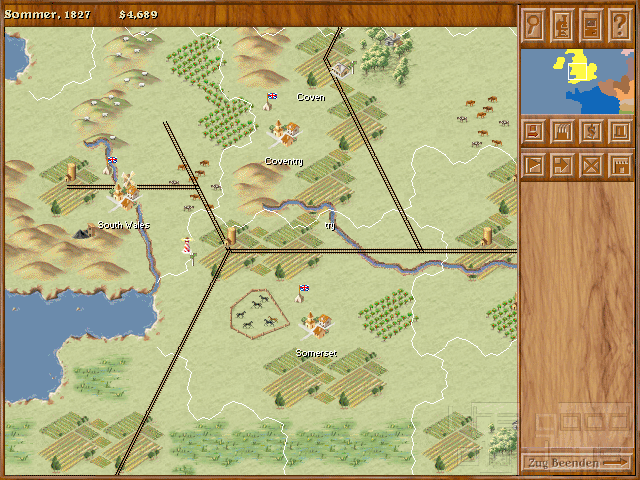 Building up a transport network
This is where one of the very weird design choices of the game comes up: The small countries which are candidates for colonization or to be conquered aren't located in Africa (which was the actual playing field of the time), but in Europe itself. The Netherlands, Denmark, Portugal. At least the very northern part of Africa is there, but only what you'll see on a map of Europe anyway.

Even further down the scale, military expansion requires a functioning and strong economy. Raw materials like coal, iron, wool and wood can be found all over the country, but they have to be mined (or chopped or...) and then transported to the capital. Specialists who have to go through a long training are reponsible for that: Miners build mines, engineers build stations and railroads.

Then, the raw materials have to be processed in factories. Obviously, these have to be present at all and they have to have the appropriate capacity. And the required workforce. At least until oil drilling is discovered (new technologies are discovered and can be 'bought' from time to time), enough workers have to be assigned. There's even a small and simple production chain: trees can be turned into wood or paper. Wood can be used to produce chairs, which are required to recruit new workers, or ships. Paper, on the other hand, is used to train workers to higher qualification levels. Of course, all materials and products may be traded as well, so the game isn't necessarily lost just because one country has a shortage of something.

Back to the irritation about the nature of the smaller countries. There is actually a gameplay-related impact: There isn't really any difference between the 'core' countries and the potential colonies. Once they're conquered, everything looks and works exactly the same. There is no problem with 'natives' rebelling against the foreign rule and there are no 'exotic' goods being imported from the colonies. At least from the few African parts, goods always have to be transported between ports, but that's it. So the smaller countries are really just cannon fodder without any real relevance. 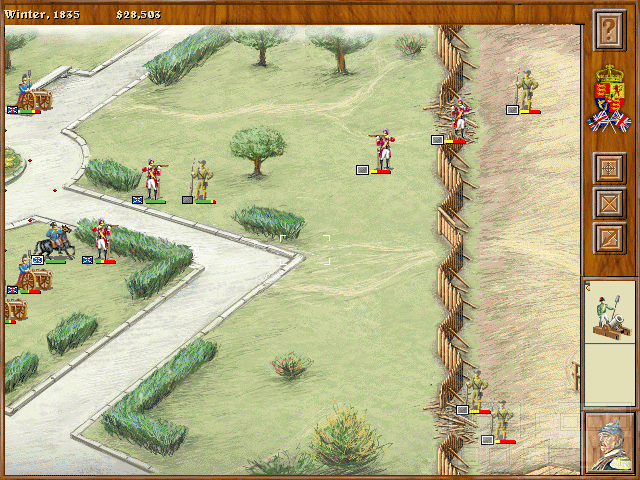 These palisades didn't last long against the artillery fire
The second (and unfortunately bigger) problem is the way to win the game. Victory can only be achieved through the mentioned election. In some scenarios, it happens that one country is suddenly just elected winner - although it's really not even all that powerful, sometimes even when they're practically extinct already. There's apparantely a huge imbalance here concerning the reasons why a province votes for someone: Pure sympathy is given too much weight, and too little to power. Worst of all: A player can't even control the votes of her own provinces!

Although both major points of critisism shouldn't be taken lightly, Imperialism still offers an amazing experience, because the gameplay takes place on so many levels. Economy and military are interwoven, none of them can ever be neglected or viewed seperately from the other. Strategic conquest has to be carefully planned and then, battles are carried out on a tactical level which requires different skills again. And all those words of this review still aren't even breaching the surface.

Without the election 'feature' (which is really a conceptual bug), a more global scale and more flexibility concerning the scenarios, Imperialism would come very close to perfection in its genre. The way it is, it's just excellent. 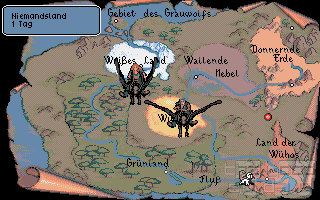