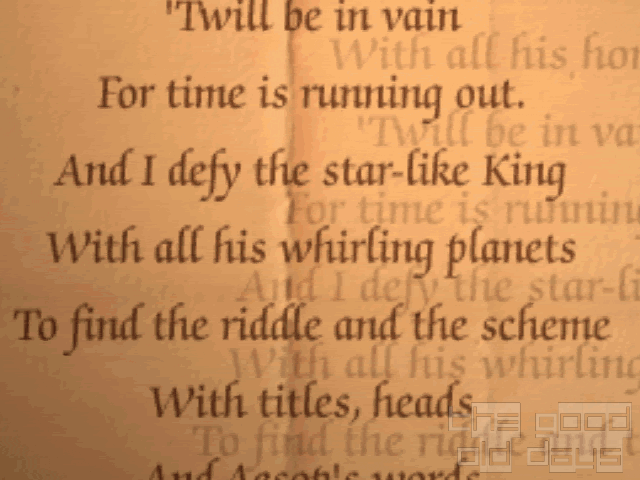 To those who tend to be bored by reality, video games come as the ultimate “emergency eject”. Most just take games as they are: for this people it would be the same to be passing time by with a crossword puzzle at hand. There are other persons who really like to forget for an hour or two (extreme cases, for a month or two) everyday life and its “problems”: bills to pay, work to be done, garbage to be disposed of… All the compelling adventures of the so-called Modern Life.

In this last case, gaming is the oportunity to live another life, and these gamers like to “jump into” the screen: to really believe they are taking a part in what the monitor unfolds. That's what we call “immersion”. To those people who like to immerse themselves in a good game, the Cryo series of Omni-3D games are a blessing. The case of Versailles is more singular, because you may find yourself bored at times if you don't like History.

The setting: the France of Louis XIV at the height of his power, circa 1680. The plot takes place in the royal palace of Versailles, in which you are one of the “army” of butlers that tend to the needs of its illustrious inhabitants. The premise: a letter is found by Monsieur Bontemps (personal aid to the King, and butler-in-chief) that threatens the security of the palace and all within it. A coup? An attempt on the King's life? A prank? We don't know, and certainly Monsieur Bontemps has important things to do like waking the King and escort him to breakfast, so he cannot investigate (I'm not being sarcastic). Therefore, you are designated to find out what's going on.

Why was I serious about the “important stuff”? For the same reason that I said you may be bored if you don't like History. The court that dwells in Versailles and circles around the King, like planets to the Sun, is huge. Protocol is of the utmost importance, and every little thing the King does is a ceremony, even having a morning snack. Why? Because it't MEANT TO. That's how an Absolute Monarchy works, as the historians teach us: monarchs of the Modern Age had to make themselves be treated almost like gods in order to recover the power they had lost by the end of the Middle Ages (stupid way to call a historic period, by the way). That's the magic of Cryo's Versailles: it is very accurate historically, and if you know a little bit of the society of the time, you'll be delighted by it.

Does that mean that you have to see the King eat and all that? No. You have to wander the castle, reconstructed in beautiful 3D graphics, and do your usual “graphic adventure thing”. You get to talk to real court people and participate in the everyday life of the palace, while you to try to decipher the next clue that will prevent disaster. During the game, you are lavished with authentic music from the period by Jean-Baptiste Lully and other barroque composers, works that are particularly haunting and stunning. It's a shame Cryo couldn't present the music in 44.100 hz frequency, but it's still truly enjoyable.

Add to that Cryo's Omni-3D system and you feel like you are truly there. Basically, the system is similar to having a 360° camera that lets you see all the space that surrounds you in a particular location. At this point the enviroment was mostly static, but the engine was enhanced to permit moving animals, people and objects by the time the sequel, Versailles II: Testament of the King came about.

Loaded with information on the time, the people and the places, you learn about the court while you wander the palace corridors. A real something is the ability to detain yourself on one of the numerous works of art that populate the royal residence, among which you will find paintings, sculptures, engravings, etc. Also, the feature to visit the premises freely without being restricted by the plot unravelling is most welcomed, and even recommended, before you start the gameplay itself, to familiarize yourself with the building.

Being supervised by the “Réunion des Musées Nationaux” of France, the quality of the reproductions and the veracity of the information is guaranteed. Versailles has all the elements to provide a truly compelling experience, either in gaming or diffusion of historic knowledge. This is a game made with great craftmanship, and should be used to introduce students of any age to knowledge of the period. Also, it would be mandatory to enjoy the game even further, to read Norbert Elias great book “The Court Society”, to understand the logic that guided the European monarchies of the Modern Age.

Seth:
Feel free to share anything about Versailles (1997) here!
[Reply] 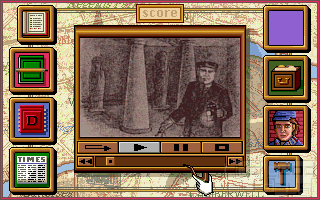