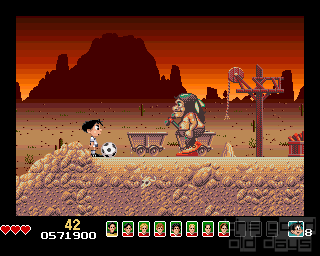 How many jump'n'runs can one person play and still enjoy? After all, the genre had been pretty much perfected throughout the 1980s already. How to set a new game apart still? Theme and style can help. Oh, and some gameplay gimmick. Soccer Kid, originally planned under the much more appropriate title Football Kid, gets most of these things right. 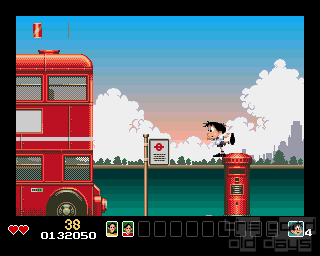 Released in autumn of 1993, Krisalis were maybe even a little early with their game. The 1994 football world cup was still 8 months away. Too far to ride on the hype. Though somehow appropriate, as the plot (yes, there is a plot!) concerns locating the shattered parts of the world cup trophy, reassembling them and finally keeping it safe from an evil comedy alien.

Equally appropriately, the player can freely select the jersey colours to match their favourite team. Easily implemented, large gain! Also above that, the player sprite easily scores. Well-animated and equipped with a large head allowing for quite some expressiveness, it remains nice to behold throughout the entire game.

Likewise, graphical level design offers quite some variety. Starting out in England, Soccer Kid subsequently travels to Italy, Russia, Japan and finally the USA. Cartoony cliché imagery of each place makes for pleasant scenery all around. Even if thematically, some choices are a little… generic? England and Italy were and are “football nations” for sure, and the USA were the hosts of the upcoming world cup, but Russia and Japan… why not Brazil, Argentina or (then) current reigning world champion Germany? 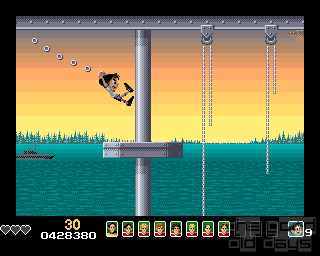 In gameplay terms, this visual promise of variety can't quite be fulfilled. Overall elements remain the same throughout. Whether you're moving across a Russian battleship or a Japanese high-speed train, through the lush greens of rural England or the American desert makes no big difference for the challenges ahead. In the same vein, an Italian waiter and native with a tomahawk act suspiciously similarly – though again, the highly articulated large sprites should make players sufficiently forgiving about this. Also, the bosses make up for this, each acting in a unique way.

And then, of course, beyond all these aspects of style and theme, there is the gimmick. Soccer Kid doesn't just jump and run, but also kicks… his ball. There is no jumping on enemies' heads here. Instead, they are disposed of with targetted ball hits. Beyond that, the ball can even be used to collect items in inaccessible places.

A number of different kicks and tricks are available and the controls are well adjusted to allow for everything, but give the more complex ones just the right required skill level to not be trivial, but still manageable. Adjusting the height of kicks is essential to progress and easy to carry out. A bicycle kick isn't all that easy (just like in real life…), but strictly speaking also not needed ever. Unless the player wishes to go for extra bonus points.

Speaking of bonus, going through the whole game is possible without looking up and down. Though finding and accessing secrets is necessary to actually finishing it, because only a complete set of special items allows a shot at finding each trophy piece. The bonus level to achieve this is actually rather unimaginative, but apart from that, a good scheme to motivate players to explore.

With good graphics and overall fair gameplay, Soccer Kid is one of the few genre entries I occasionally return to. Just to shoot some balls. Not caring much about some of them bursting, not trying to pick up all the collector cards. Taking in the scenery. Even when I finally fail, often sooner rather than later, there is no frustration associated. It's just such a pleasant game all around.

It's 1994, the year of the world cup! All the teams of course want to win it. But there's also another creature who wants to own the cup: the evil alien 'Scab'. He's searching the galaxy for trophies to add to his collection. So he steals this one. But when he tries to beam it up to his ship, it collides with a rock and is smashed into five pieces which all fall back to earth but land on completely different continents. It would be a sad final without the ultimate trophy, so Soccer Kid (What kind of name is that? His parents must have been high or something!) decides to find the missing pieces.

The equipment he uses is quite limited: Dressed in ordinary soccer clothes (the player can choose the colours of these) he only has his football with him. But this is in fact his most powerful weapon. When he encounters one of his countless enemies he just kicks the ball so that it hits the evil guy and kills him. Some enemies of course have to be hit several times.

Soccer Kid is not only an average player, but he has a huge talent for tricks with the ball. High shots, low shots and headers are just the basics - he can perform incredible stunts with a little practice.

The game is seperated in five countries. After completing one third of a country (i.e. two long levels), there is the possibility to find a piece of the world cup in a bonus level. But this level is only accessible, if you've collected all the “cards” in the levels before. This way it is made sure that you have to complete the whole levels. In case you've missed one card somewhere, there's always a second chance in each country because it consists of four levels.

The setting and the enemies should be typical for the countries. Starting in England, Soccer Kid also visits Italy, Russia, Japan and the USA. So there are a variety of levels, it's not really repetitive.

This is an above averave Jump 'n' Run because of one unique element: the ball. Usually, you kill your enemies by jumping on their heads or shooting them with something. Well, you could also call this “shooting”, but it's different. The ball is always moving, it comes back after it hit a target, it bounces after high kicks and so on.

And while you do have an unlimited number of them theoretically, you're awarded bonus points the less balls you use. So you'd better be careful.

Ever heard of Shadow of the Beast? 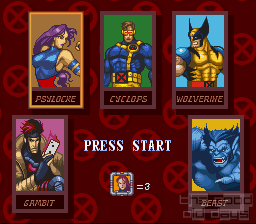