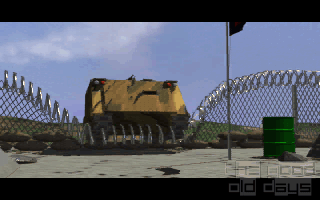 Even without the historical context provided by being born any significant amount of time before the game's release, I can still confidently go on and on about the times I had playing C&C whenever I could. From the awesome installer and setup program to the memorable unit sound bits, this classic has embedded itself deeply into my psyche to the point where the Commando unit's “Yo” produces an almost Pavlovian response. To put it into perspective, even though this isn't necessarily my favorite game in the series, it's the only one that I've played all the way through.

One more thing I'd like to point out and that I noticed while replaying the game for this review is how well the two factions' first missions introduce them and establish their differing ideals. GDI starts you off by commanding a small strike force to take a beach head and establish a base to weed out insurrectionist forces hiding in the forest, while Nod's first mission is a rampage through a desert canyon and small civilian village to assassinate a powerful figure that doesn't “agree with” their agenda. I had never noticed this before, but it goes so far to provide a strong first impression and differentiate the two factions even without the unit and structure diversity you see in more modern games of the genre.

Mr Creosote:
The looks of characters? Yes, you have the all American General with a Kennedy haircut on the one and a bald guy with a goatee on the other side. Whose name sounds like the biblical "Cain". Figures.
pepsiman:

Mr Creosote:
Quote:
how well the two factions' first missions introduce them and establish their differing ideals. GDI starts you off by commanding a small strike force to take a beach head and establish a base to weed out insurrectionist forces hiding in the forest, while Nod's first mission is a rampage through a desert canyon and small civilian village to assassinate a powerful figure that doesn't "agree with" their agenda. I had never noticed this before, but it goes so far to provide a strong first impression and differentiate the two factions
Actually, in retrospect, I think this is exactly one point where the game shows its age. Or rather its limits. For some reason, we (the players) are supposed to believe that putting down "insurrentionist forces" with tanks is "good" whereas "assassinating a disagreeable figure" is "evil". Apart from the labels (insurrection, assassination etc.), I can't see any ethical or moral difference between the two.

ss2man44:
Quote:
Because after those two games, the industry degenerated into a pure imitation machine: for many years, nothing but "3d shooters" and "RTS" (two really annoying labels) would be produced. Killing all the genres I liked.

Mr Creosote:
Because after those two games, the industry degenerated into a pure imitation machine: for many years, nothing but "3d shooters" and "RTS" (two really annoying labels) would be produced. Killing all the genres I liked.
ss2man44:
Quote:
This list was to include games which I considered responsible for the games market turning into utter crap. 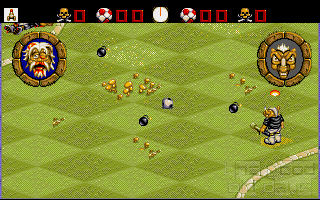