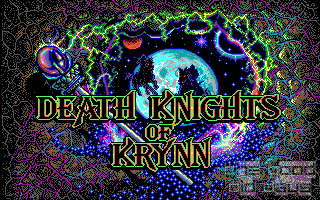 At this point of the SSI's handling of the AD&D series, they were trying their best to shove games out as fast as possible, in order to capitalize on their aging gold box game engine. Death Knights feels like a baby step in terms of progress, if any at all.

Gameplay and interaction remains unchanged. Anyone familiar with any of the gold box series games, will be right at home with Death Knights of Krynn. On the left of the main screen is the display in pseudo 3D for movement, portraits during interaction with characters and monsters. On the right side, is the list of characters in your party, along with their stats. Beneath these displays, is the large text box area where the game will scroll text and allow menu selection when interacting with friendly characters and enemies.

By this time, the overall presentation was starting to show it's wear and age. Even a slight increase in resolution or colours, would have been a very welcome form of progress. This would end up having to wait until this game's sequel to start taking form however.

Graphically, this game is kept in check with all previous gold box games.. Character battle icons are exactly the same. Character portraits and art are mostly lifted from Champions of Krynn, along with some new ones as required by the new story.

As with Champions of Krynn, some portraits are animated rather nicely, and looked rather good for the time. The large, occasional art also makes a return as would be expected. Nothing really new or ground breaking here in this category.

Even though is came out shortly after Champions of Krynn, this game was already looking somewhat dated by comparison to other games coming out in or shortly after its release window.

Sound has made no progress whatsoever in this game, and remains reliant on the PC speaker for sound effects, and uses AdLib or similar cards for some music.

Music continues to be rather rare throughout the game, and all in all, the sound is of the barest form once again.

As with the graphics, the sound options for the time were really far from impressive, and should have likely started implementing sound cards for digitized sound effects already. They merely, get the job done, but just barely.

Controls continue to be moderately flexible by allowing you to use the keyboard, a joystick, or a mouse as all gold box series games before it allowed. The interface continues to favour keyboard play, with shortcut keys being rather handy.

Death Knights of Krynn never broke any new ground, or impress anyone with it's audio or visual presentation. It's merely an extension of the Dragonlance saga in the gold box series, with a fairly good story, and string of events to guide the player through the plot.

The highlight of the game to most, is likely to be the inclusion of one of Dragonlance's greatest and well known villains, in Lord Soth. Though Myrtani from the prior game was a fairly good antagonist, Lord Soth certainly chimes in at a higher level of popularity.

Aside from the lack of taking any steps forward, it's still a game worth playing if you are a fan of the other entries in the gold box series.

Although at the time, I found the frequent re-use of the aging engine (which, we have to remind ourselves, originated on the C64 still) tiring, I nowadays can't help but appreciate the development model mirroring that of pen and paper RPGs. After all, that market is almost entirely made of new stories/adventures being published on the same, well-known baseline. This demand to innovate, redo the engine, rules etc. is really an invention of the computer games world.

As such, there are obviously better and not so great campaigns. The stable technology at least helps us focus on comparing these games by their content-related merits, such as plot, characters, balancing etc. 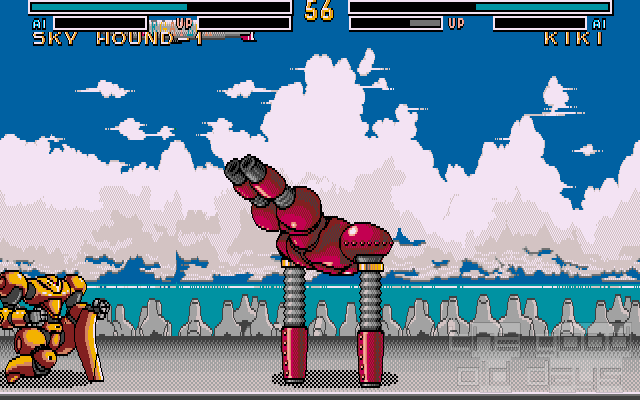